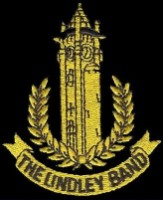 Published on February 8th, 2017 by gavin

The Lindley Band is very pleased to announce the appointment of the well renowned cornet soloist James McCabe as Musical Director.

A former Principal Cornet with the Fairey and Rothwell Temperance Bands, and Assistant/Co-Principal at Black Dyke Band, James will take up his post with Lindley after the Yorkshire Regional Championships.

A spokesperson for the band told A4B: ‘This allows him to fulfil his playing commitments in this contest with The Rothwell Temperance Band. James is looking forward to working with the band on a variety of exciting projects.

For the Regional Championships, the band has secured the valuable services of Neil Jowett in the MD role who brings a plethora of experience to this position.’

The band are also pleased to announce that making a welcome return to the playing ranks are Paul Harrison and Robert Sykes on back row cornet and Martin Gledhill on baritone respectively.