This weekend saw the first of the Regional Contests completed and the first opportunity for the ‘Swab for Sykes’ campaign to attend, in support of the seriously ill trombone star Stephen Sykes.

Speaking to A4B, one of those spearheading the campaign, Kevin Holdgate, wished first of all to give special thanks to Peter Bates and his team of volunteers from the North West Regionals Committee for allowing them to have a presence in a prime position outside the trade stand area at the Winter Gardens in Blackpool.

Kevin told A4B: ‘I was very impressed with the professionalism of Lisa Nugent and her fellow volunteers from the charity DKMS, for coming along for the day and taking samples and I’m extremely greatful to the 64 people who took the time to come along and register on the day.’

Kevin however, did convey to us a strong dissapointment in the overall numbers attracted on the day. In a cause that he feels very passionate about, he told A4B: ‘There were over 2,500 bandmen and women in Blackpool competing across the various sections on Sunday. Many I spoke to had already sent off for kits online, or had already registered, which is fantastic. Many others were dissapointed to discover they’re too old to register as the International guidelines stipulate that 55yrs is the cut off point.

However, I was devastated by the attitude of far too many of the younger people who either completely ignored me in their haste to be elsewhere, or stated they were too busy. A number of people simply said no!

To those people, I would like to ask them a simple question, as they go about their lives this today: Take a long, hard look in a mirror at some point and ask “If you had a brother or sister who had a life threatening illness and needed help, would you be too busy?” How would you react if someone said that to you, when it only takes 10 minutes to register? Stephen Sykes and thousands like him, need your help. Stephen is a brother musician a member of one of the great Brass Band families.

Kevin concluded his statement by telling us: ‘If you were one of those people, and my comments have offend you…Good!’

See You In Yorkshire!

The team will be in attendance at the Yorkshire Regional Championships this weekend, or if you can’t wait, people can register online, or to just find out more information, please visit http://www.dkms.org.uk/en 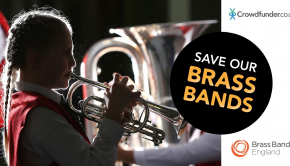 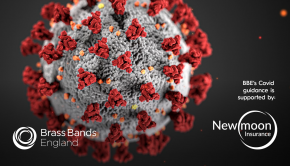