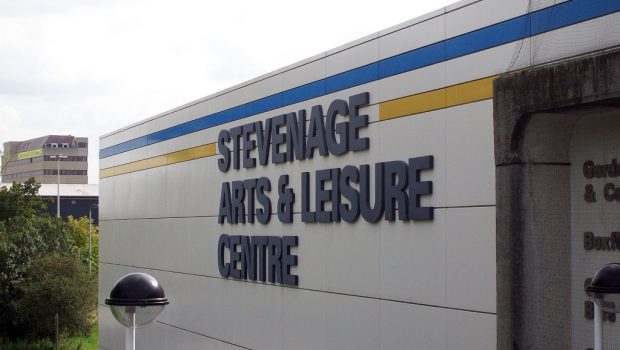 The final weekend of the Regional Championships sees the turn of the ‘Londoners’ and Southern Counties who across all sections, have seen the overall quality of bands in this area become real contenders on the National stage.

With 12 bands heading to the Gordon Craig Theatre on the 19th March, the Championship Section is likely to come down to the top five in the grading table. Friary Guilford (Chris King) have taken top spot for the last two area qualifiers and should be a dead certainty for a top three finish this year. Redbridge Brass (Jeremy Wise) have two 3rd places behind them and missed out on the Royal Albert Hall by one place each time. Will this be the year they break into the top two and book a ticket for the finals?

Zone One Brass (Richard Ward) took 2nd place in 2015 but were on the half-way line last year, a top six finish is likely, but can they make it a top three? East London Brass (Jayne Murrill) head to Stevenage on the back of a good win at the Oxford Contest and a 4th place at the ‘Area’ last year. They’ll be hoping they can they go one better (or more) and pick up a prize this year whilst Wantage Silver (Craig Patterson) grabbed a place at the Nationals last year and will be eager to go back again in 2017. A run-out at Oxford saw them placed 3rd so they know there is work to be done.

Other bands in the section such as, Thundersley Brass (Nigel Taken) will be pushing for a top half finish, whilst Northfleet (Melvin White) and Avely and Newham (Rob Nunnery) are the promoted bands who will want a good start to life in the top section. Medway (Melvin White) and Staines (TBA) will want to repeat or better their results from 2015 and Haverhill (Mark Ager) and East of England Co-op (Nigel Cooper) know they need to get up around mid-table in the results to avoid the drop back to the 1st section.

For us, the top three will come from the top five ranked bands. Friary have to be favourites here and maybe this year, it’s time for Redbridge to get that 2nd place with the final podium spot being battled between Wantage and East London…

With 17 Bands in the section arriving in Stevenage on Saturday, this will be a close one to call. There are bands that have come down from the Championship Section that will want to get back up into the top section as soon as possible.  Jersey Brass (Tim Pritchard) will be favourites for the top spot and know that anywhere in the top seven will guarantee their promotion. Ware Brass (Philip Littlemore) will also be aware that a top five finish will see them move up to the Championship Section and so will be pulling out all the stops to ensure that happens.

Regent Brass (Paul Archibald) and Sandhurst Silver (Andrew Porter) will both want a good start having been relegated this year whilst Cawston (Leigh Sharpe) and Chiltern Hills Brass (Gordon Davies) will be keen to get a foothold in the 1st Section following promotion last year.
The other bands in the section include Alder Valley (Lee Woodward) who were playing in the South West Area Qualifiers Last year in the Championship section and are now in the 1st Section at Stevenage. Lee Woodward has just taken over as MD at Alder Valley so this could be a band to watch. Kidlington Concert Brass successfully retained their Oxford Contest Crown and showed they have Mr Sparke’s fine composition under their belts, so they must also be in contention for a podium finish.

Horsham Borough (Mark McLauchlin) and Bedford Town (Steve Philips) will both know a good performance is needed to save them from the drop into the 2nd section. Both bands will come out fighting and may drag Egham (Gareth Green) into the battle to stay up. City of Cambridge (Peter Bassano) and Epsom and Ewell Silver (Paul Graham) will want to avoid looking over their shoulder or a bad day at the office and will both know a strong performance is required to get them away from the wrong end of the rankings.

Beacontree Brass (Nigel Taken), Hitchin (Graham Chambers), Colchester Silver (David Maddocks) and Fulham (John Ward) will want to stay in contention for a move up so a good performance from any of these bands will put them in the frame for a promotion next time around. For us, Jersey Premier and Ware Brass are the favourites with Hitchin and Kidlington also in with a shout…

There are 16 bands heading to Stevenage to play in the 2nd section qualifiers, Amersham (Paul Fisher), Grimsdyke (Sharon Broughall) and Yiewsley and West Drayton (Chris Cole) are all in contention for promotion into the 1st section and last year, they all finished outside of the podium places, but they know a top 3 finish is likely to be good enough for a move up.

Littleport Brass (Nicholas Garman) and Hungerford (Tim Crouter) are hot on the heels of the top four and could win and still not be promoted if other results don’t go their way. Saint Sebastian Wokingham (Nigel Howard) qualified for Cheltenham last year under the baton of Lee Woodward and Nigel Howard took them at the finals where they came 9th, so they will want to set themselves up for a promotion push next time around.

Chinnor (David Pegram) and Waterbeach (Andrew Kershaw) were both promoted to the 2nd section and will want a solid start to life in this higher section while Milton Keynes Brass (Paul Fensom) and Wantage Silver ‘B’ (Danny Dullforce) both came down from the 1st section and will be hoping to bounce back as quickly as possible.

At the Oxford contest, Chinnor took the title, but did not play the ‘Area’ Test Piece, while Milton Keynes came 3rd playing Dean Goffin’s Composition.

Soham Comrades (Jayne Murrill) came 3rd here last year and will be happy with the same again, or better. Welwyn Garden City (Graham Chambers), LGB Brass (Ian Stewart) and BAE Systems (Melvin White) all finished in the bottom half of the results last year and will want to avoid the same again, a good performance and they are safe, anything else and they will be fighting next year to stay in the section.

Tilbury (Ben Jones) and Epping Forest (Keith Schroeter) head to Stevenage knowing that only a top performance can save them, with Norfolk Wherry not participating, one of these bands will be ok. Tilbury had a run-out at Oxford and will have an adjudication from there to help them get set for the big performance. With St Sebastian’s and Soham Comrades in the top three last year, they must be in with a shout this year, the relegated bands, Wantage ‘B’ and Milton Keynes also in the mix as well…

Tendring Brass (Anthony Sanders), Cold Ash Brass (Jemma Evans), Hangleton (Richard Baker), East Coast  Brass (Paul Speed) and Fairlop Brass (Kevin Jordan) are all heading to Stevenage on Saturday with a realistic chance of promotion. Tendring came 2nd here last year and followed it with a 3rd place at the Finals and so are in a strong position to get one of the promotion spots at the weekend.

Brighton and Hove City (Matthew Hackett), Chichester City (Alfie Hughes) and Castleton Brass (Peter Ryan) are in the group of promoted and relegated bands that will want to get a foothold in the section and push for promotion next time round. Castleton won the 4th section last year and enjoyed a day out in Cheltenham for the 2nd year in a row so they are going to be pushing for a good start in the higher section.

Hemel Hempstead (David Edmonds) will be looking to match their 2015 result while Tadley Concert Brass (Paul Chapman), Oxford Cherwell (Terry Brotherhood), Jubilee Brass (Cliff Sadler), Olney Town (Neil Brownless) all competed at the Oxford Contest with Olney taking top spot. Jubilee were placed 3rd and all will have benefitted from the run-out and adjudication from Paul Norley. Simon Langton Brass (David Cutting) will need to put on a top performance to avoid a move down to the 4th section.

For us, Tendring must be the favourites, Hangleton and East Coast Brass got a good result last year and we suspect they could follow that up again. Both Cold Ash and Fairlop will be after a top four finish to be in with a shout of promotion to the 2nd section.

With City of Norwich (Andrew Craze) sitting pretty at the top of the grading table with only 6 points, they will be favourites to be heading up to the 3rd section this time round. It is a question of who will be joining them? Crystal Palace (Michael Gray) and Letchworth Garden City (Tim Welch) are both in with a good shout and if Crystal Palace can get the same or better than last year, then they will be promoted. Crystal Palace took 2nd place at Oxford with a confident performance so will be a band to beat.

Snowdon Colliery (TBA), North London Brass (Martin Stogden), Bradwell Silver (Brian Keech) and Woodbridge Excelsior (Chris Lewis-Garnham) will all want a top 6 finish to keep them in the running for promotion next time. Witney Town (Rhys Owens) took 3rd place last year and enjoyed a day out at Cheltenham. They will also be looking for top six finish to make the most of the great result last year.

Watford (Ian Graves) will be looking to bounce back after last year’s result. Great Yarmouth (Colin Swaep) and Regent Community Brass (Chris Bearman) are the bands that came down from the 3rd section so you can be sure they will be pushing for a good result to get them back on the road to promotion.

Pangbourne and District Silver (Stewart Lewins) are welcomed back to the ‘Area’ contest after a few years away whilst Bletchington Silver (Sheldon Barwick), Royston Town (Steve Earley) and Cottenham Brass (Peter Mackley) all enjoyed improved results last year and will want to build on them this year.

Wantage Academy (Nikki Jones) and Abbey Brass (Rob Tompkins) will be hoping for a change in fortunes after last year’s results. Both bands took part at the Oxford contest and so will be working hard on the points from adjudicator Nick Garman ahead of Stevenage. Hadstock (Di Pannell) will also be looking to get up the results table with a solid performance.

With Crystal Palace being so strong last year and a 2nd place at Oxford, they for us are the band to beat alongside City of Norwich who will be pushing for the top spot. One of the relegated bands could easily be in the running for a top 3 finish.