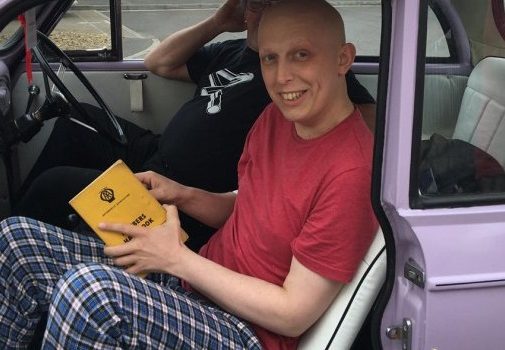 Some of the `greats` within the brass banding world are coming together for a major charity concert on the 22nd July, all hosted by Stan Lippeat. The Hatfield Band will be joined by Alan Morrison, Mark Walters, Stephen Sykes and Kevin Holdgate to raise funds for two great causes.

All put together by Mike Kilmartin, Mike told A4B: ‘Some months ago, I was toying with the idea of organising a `benefit` concert but had to give this a lot of thought as I have never done anything like this before.

I also had to consider which charity would benefit from the proceeds raised. This was a relatively easy decision as I have a good friend who has been diagnosed with breast cancer and then one of my oldest friends – Joanne Sykes – needs help. Her son, Stephen, a fabulous trombonist, is suffering with Hodgkin`s Lymphoma and the treatment he needs is not available on the NHS.

Therefore, all the monies raised will be donated to Breast Cancer Now through “Boobs & Brass”, the wonderful `pink ladies`who raise funds for the charity, they are currently funding their ninth research project – and the `Save Stephen` fund which will help towards purchasing further treatment for Stephen and help towards getting him well again.’

Askern Miners Welfare have very kindly offered the venue free of charge. During the evening, there will be a performance of the `Acrobat Challenge` and any trombone player attending the concert is very welcome to bring their instrument along and be part of this. As an extra special moment for the evening, Stephen`s mum, Joanne, will be conducting this piece.

Mike concluded: ‘I just hope that we can raise a substantial amount for these two very worthy causes and hope that you can come and support this event and help us to do this.’