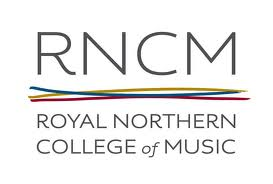 The Royal Northern College of Music (RNCM) is delighted to announce the appointment of Nicholas Thompson as its next Head of the School of Wind, Brass and Percussion, commencing in September.

Nicholas joins the RNCM from his position as Principal Trumpet of the Chamber Orchestra of Europe; a seat he has held for almost 30 years. More recently, he has played a lead role in the orchestra’s education projects and collaborations, including working with brass players of the National Youth Orchestra of Catalonia and the European Union Youth Orchestra.

Nicholas told A4B: ‘I am absolutely thrilled and excited to be taking up this position at the RNCM. Over the last two years I have been fortunate to have the chance to work occasionally with RNCM students and staff, through its partnership with the Chamber Orchestra of Europe, and to now have the opportunity to engage with the whole school on a day-to-day basis is extremely exciting. I look forward to getting to know and working with the wider Manchester and North West music communities, and to strengthening its partnerships, reach and reputation.’

Professor Linda Merrick, Principal, told A4B: ‘We are very excited that Nicholas will be joining us in September as Head of Wind, Brass and Percussion. His vast experience as both a world-class performer with the Chamber Orchestra of Europe and as a highly regarded teacher within the higher education sector nationally and internationally consolidates the College’s position as a leading provider for wind, brass and percussion training.’

Nicholas’ appointment replaces that of Professor John Miller, who joined the College as Director of Brass Studies 17 years ago before taking up the position of Deputy Head of the School of Wind, Brass and Percussion in 2007 and Head of School in 2013.

The announcement of Nicholas’ new role swiftly follows that of Manus Carey, Executive Producer of the Royal Scottish National Orchestra, who was appointed Director of Performance last month. In addition to these roles, the RNCM is
currently in the process of recruiting a Deputy Head of the School of Wind, Brass and Percussion.