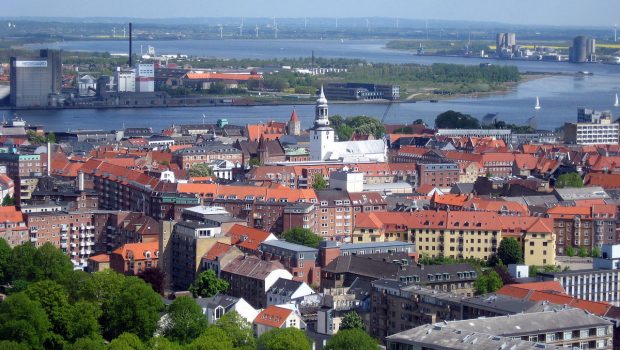 On the 20th and 21st May the 10th Aalborg Music Festival was held in Aalborg, Denmark with a record number of 21 bands and two ensembles from across Denmark participating in 5 different sections.  Due to the large number of bands competing in the contest two separate halls had to be used for the first time.

To help celebrate the 10th anniversary of the Festival, Foden’s Band were invited to perform a Gala concert to a packed hall on the Saturday prior to the results as well as a concert on the Sunday. Also to mark this special occasion a “Childrens Brass Band” with members from different Danish bands was formed. The ‘Childrens Band’ held their first rehearsal in April and opened the Sunday concert where they were also accompanied by members of the Danish National Youth Band as well as Foden’s who joined the ensemble to perform “Eventide”

The difficult tasks of adjudicating was handed to Mark Wilkinson, Mark Bousie, John Barber and Michael Fowles who received a number of positive comments from the competing bands.  Foden’s also awarded a new prize of a cornet for a band who in the opinion of the adjudicators showed the ‘greatest potential’ this was awarded to the all girls band ‘Brovst Pigegardes Brass Band.’

Speaking about Foden’s the Festival founder, Henrik Juul-Brinkmann told A4B: ‘We have put a lot of hard work and financial support in getting Foden’s to Denmark but when they walked on stage in their famous uniforms and played the first fortissimo chord of “All Night Long” with cheering from the large and appreciative audience it made all the effort worth while. Foden’s were on fantastic form and all the audience appreciated their entertaining programme.

In relation to the Festival Henrik continued, ‘I am extremely proud of Aalborg Music Festival, in 9 years we have build it from nothing to the largest and most respected festival in Denmark. We are well known around the world and are looking forward to making plans for next years Festival soon. I would like to personally thank Mark Wilkinson for his work in helping arrange the trip and making my dream to get Foden’s Band to Denmark possible!