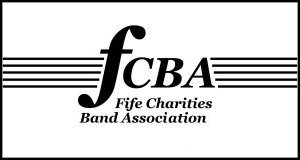 The organisers of the Fife Charities Band Association Open Contest have announced a new contesting link with the British Open Championship.

The contest joins Brass at the Guild Hall, the Wychavon Festival of Brass and Bolsover Festival of Brass in offering an automatic invitation to compete in the Senior Trophy in Blackpool to the highest placed Championship or 1st Section Band who are not already at the event, as a trial this year.

A spokesperson for the Fife Charities Band Association told A4B: “We are delighted that in 2017 we can now offer our competing bands a wonderful opportunity to secure a place at the Spring Festival, just three steps away from competing at the most prestigious brass band contest in the world.

We are also very grateful to Martin and Karyn Mortimer for enabling our contest to become part of the qualification ladder, which shows that the British Open continues to reach out to ambitious bands who want to compete at the Spring Festival.”

A spokesperson for the British Open told A4B: “We are also delighted to make this official connection with a Scottish contest that is popular with competing bands and audiences. We look forward to offering a warm welcome to the successful band in the Senior Trophy.”

Further information for the Spring Festival can be obtained from the British Open website  www.thebritishopen.net