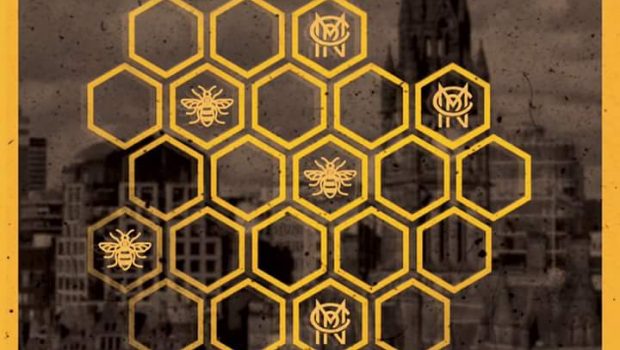 The response to the sheet music sales of sheet music sales of the Hymn tune ‘Manchester’ arranged by Andi Cook and published by Pennine music, has been fantastic. Over £1700 has been raised so far by members of the band community for the MEN’s ‘We Stand Together’ appeal by buying sets or downloading PDFs of the hymn setting.

In the immediate aftermath of the attack, Tubular Brass, conducted by Sandy Smith premiered the setting as a defiant tribute to the victims at the RNCM in Manchester, and have now recorded and released the work as an online download – with all proceeds going to support the victims of terror.

Trevor McCormick of Tubular Brass told A4B: “We were proud to do our bit for the Manchester victims, but since then we’ve rather been overtaken by the awful events of London Bridge and Finsbury Park. The message that came back from the community of Manchester was ‘We Stand Together’ and in support of that message, we’ll be donating all the proceeds from sales and streaming of the recording to the Red Cross’s UK Solidarity fund, so all the victims of terror in the UK can benefit from anything we raise.”

Andi Cook, whose arrangement has been used, told A4B: “It’s been wonderful how the banding community has supported this idea and got behind it. From an Idea that Gavin Somerset and I had to raise a few quid, to spiral to a nationally available recording by a top-level band, it’s just taken wings. Everyone’s been so supportive. Sandy and Tubular brass donated their recording studio time for nothing, KMJ recordings did the recording and mixing for free, and Stuart Lingard at MRL Design gave us a wonderful bespoke piece of artwork for the cover all free of charge – as well as playing flugelhorn on the recording. I just hope we can spread the message we wanted to – that of standing together against those who attack our society, and try to raise some money to help those affected.”

The recording is available via normal digital download channels (Amazon music, Spotify, itunes etc.) and all proceeds from sales and streaming will be donated to the band’s chosen charity, the Red Cross UK Solidarity fund.

“The quality of the performance is amazing.” Andi added. “The sound of the band is fantastic. For an outfit who were purposely created to break the mould and get away from traditional repertoire, they play a hymn beautifully, with a warmth and depth that few can equal. You’ll certainly get more than your 99p’s worth.”

You can find out more about the Red Cross and the specific appeal here: http://www.redcross.org.uk/en/What-we-do/Emergency-response/Current-emergency-appeals/UK-Solidarity-Fund