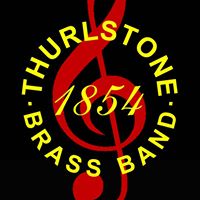 Published on September 5th, 2017 by gavin

Thurlsone Brass Band is looking forward to hosting a concert with a difference at The Lamproom Theatre, Barnsley on Sunday 22nd October.

With over 30 regular members, the Band is currently enjoying a highly successful and enjoyable period and has teamed up with “The Yorkshire Songwriter”, Roger Davies to present an evening of Brass and Folk music.

Roger is accustomed to blending his style of music with the Brass Band genre, having worked with Brighouse & Rastrick Band on his track “Brighouse on a Saturday Night”, as well as recently in concert with Drighlington Band and Skelmanthorpe Prospect Band.  Last year he also enjoyed a 30-gig sell-out tour supporting the iconic group, Fairport Convention and has performed across the UK.

Band Musical Director, Graham Bates, first met Roger a couple of years ago and told A4B: “I was instantly impressed by Roger’s straightforward lyrics and music which blends so well with the sound of a Brass Band. His concerts give a real “feel good factor” – and he’s a lovely bloke too!”