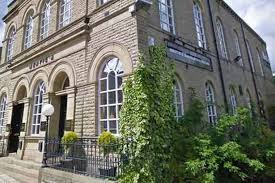 The list of competing bands for the 2017 Pogson Bray Trust Contest, which will take place at Bertieâ€™s Banqueting Hall, Brook Street, Elland, HX5 9AW on Sunday 15th October 2017, has been released. The contest will commencing at 10:00am and is for bands that are graded second section and below.

Each band will entertain the audience with a programme of between 18 and 20 minutes which must include a March. This yearâ€™s competing bands (and conductors) are:-

The adjudicator for this yearâ€™s contest is David Ashworth and entry for the contest is ÂŁ5.00.There will be food and refreshments available throughout the day.