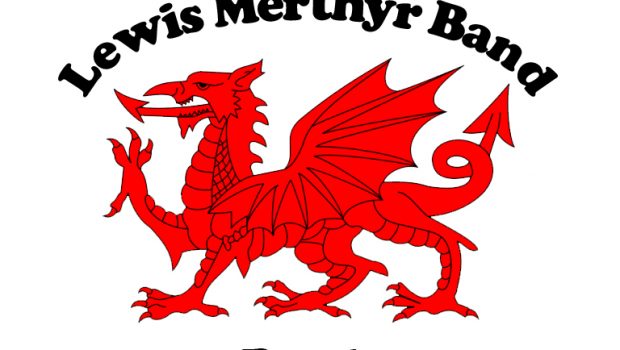 From Terfel to Trophies for Lewis Merthyr

Firstly on Saturday October 7th, the band took the contesting accolade at the 2017 West Wales Brass Band Association Championships, held this year at the Memorial Hall, Burry Port, Carmarthenshire, where Adjudicator Ian Porthouse described their performance of the American composer James Curnow’s “Brass Metamorphosis” as “well shaped” and “well directed” with “great energy”. The band were awarded 190 out of a possible 200 points, together with additional awards for the Best Soloist to guest flugel Zoe Alexander and the Conductor’s Award to Musical Director Craig Roberts.

Just one week ahead of the championships, the band also featured in a major television recording with the legendary international Welsh opera star Sir Bryn Terfel. The filming was undertaken on location at the Rhondda Heritage Park, site of the former Lewis-Merthyr Colliery. Together with Sir Bryn, the band recorded a special setting by the Welsh composer Arwel Hughes of the traditional Welsh hymn Cwm Rhondda, the arrangement for band especially transcribed for the occasion by Christopher Painter, with a special “Amen” ending written by the composer’s son, the renowned Welsh conductor Owain Arwel Hughes CBE.

The resultant film will feature in the final episode of Sir Bryn’s new television series “Taith Bryn Terfel – Gwlad Y Gan” which will be broadcast nationwide in Wales on S4C on or around Christmas Day.

Speaking of the successes, LMB Band Manager Paul Williams told A4B: “It’s been a fantastic few weeks for the band and the on going successes are a testament to the on going hard work of all the band members. We now look forward to another busy month ahead in November, which will see the band undertake a recording session for Rondo Media’s Band Cymru competition, as well as supporting three Remembrance Day events in Bridgend, Penarth and Tonyrefail.”