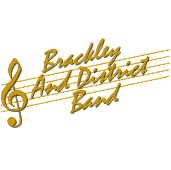 Published on February 2nd, 2018 by gavin

Brackley & District Band are delighted to announce that Micah Parsons will be joining us as our new Musical Director. Micah is enthusiastic, energetic, motivated and ambitious, all qualities that are sure to push the band forward to achieve great things under his leadership.

Micah started his musical life playing the Cornet at The Salvation Army in Coventry moving to the Euphonium at the age of 14. Progressing very quickly, at the age of 23 he has already held solo positions with a number of top flight bands including Principal Baritone with The Jaguar Landrover Band and Principal Euphonium with The Staffordshire Band and The Enderby Band.

He has studied under the tutelage of Steven Mead (Professor of Euphonium at The Royal Northern College of Music) whilst studying Music at Coventry University, which has given him a good grounding in both playing technique and the psychological aspects of playing. It is this breadth of playing experience and knowledge that Micah will be able to share with our players to bring the best out of us.

As a conductor Micah has lead The Coventry University Orchestra, The Coventry Festival Band (4th Section), The City of Coventry Brass (2nd Section) and City of Wolverhampton Brass Band (4th Section) as an Associate Musical Director but has never had a band of his own to date. This is a prospect that excites Micah and it is his intention that this is a real new start for the band. His programming will focus on music that will not only challenge the band but will be music that we want to play and that will be entertaining for our audiences also. Over the coming months we will also be moving forward our project with composer Chris Long which will result in two further bespoke pieces written specifically for the band.

A spokesperson for the band told A4B: ‘We want to work as a team to get the most out of our banding, both musically and socially and we firmly believe that Micah is the right person to help us achieve this.’