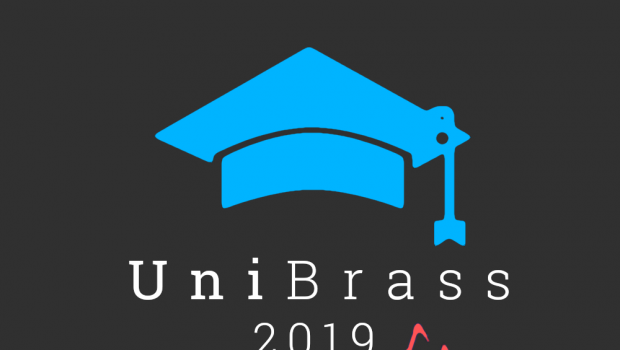 UniBrass is getting ready for the first time in its history, to be hosted in Wales on Saturday 2nd February 2019.

UniBrass, the University Brass Band Championships of Great Britain and Northern Ireland is being organised by current students and alumni of Bangor University supported by the UniBrass Foundation; a charity set up to aid the development of the contest and to encourage students to continue playing in brass bands through university.

The contest will see 21 bands from universities across the UK compete in two sections; the UniBrass Trophy and the UniBrass Shield. Each band will perform an entertaining 20 minute set in the hope to crowned champion by the adjudicators.

UniBrass Chair Sam Hartharn-Evans told A4B: “We’re really pleased to be bringing this exciting festival of brass banding to Bangor, and we hope the local community show their support for the event and brass banding at universities by attending the contest, the gala concert and our free public workshop.”

Muhammad Firdaus, VP Societies and Volunteering told A4B: “We are incredibly proud of our students for taking the initiative and establishing Bangor University as the first university ever in Wales to host UniBrass. This is an amazing event that we greatly look forward to, and we fully support our students’ tireless efforts in making this event a success. We are certain that UniBrass in Bangor will not only be a memorable time for brass bands from around the nation, but also an excellent way of engaging with the local community.”

There will be a free workshop with musicians from the Corps of Army Music. The workshop is open to brass and percussion players of all ages from Grade 3 upwards from the local community. The workshop will conclude with a performance in Pontio’s Theatr Bryn Terfel during a break in the UniBrass Trophy. If you would like to sign up to take part in the workshop you can sign up here https://goo.gl/forms/rBgR2exHLcfM0hw82

The day will conclude with a Gala Concert from Tredegar Town Band. Tredegar have appeared in BAFTA Award winning film Pride, performed on Britain’s Got Talent and became Band Cymru champions in 2016. The concert will celebrate brass banding, paying homage to the band’s Welsh roots and UniBrass’ debut in Wales. This is a concert not to be missed.

Tickets start from just £10 and are available from pontio.co.uk. With 9 different types of ticket there’s certainly something for everyone including a combined ticket for the whole contest and Gala Concert.