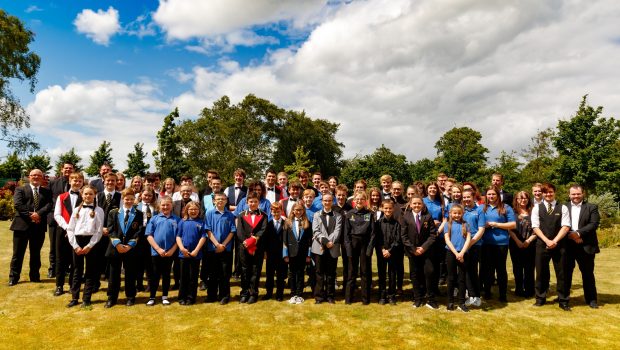 NEMBBA Pound The Streets to End Their Year

The Nembba Youth Band ended their year with a Gala Concert at the Genesis Centre in Alfreton, where they were joined by local band, the Shirland Welfare Brass Band. Led by Brett Baker with tutors Adie Smith, Gary Wyatt and Simon Gresswell, the band, of over 40 young players, performed to a large audience of local brass band supporters and parents.

The concert opened with the Shirland Welfare Band showcasing their entertainment programme and then the Youth Band delivered a challenging programme of music that included the March ‘Praise’, followed by the Hymn Tune ‘Prelude on Lavenham’ ending with the fantastic piece ‘Olympus’. The bands then joined forces for the finale ‘Pound the Streets’.

Plans are now underway as the band enters its 4th year, with details of courses being released over the summer. For further details please contact Martin Heartfield on 07411223221 or [email protected]