Saxhorn Fest 2020 was held at Catterick Garrison in North Yorkshire on Friday 14th and Saturday 15th February.  Now in its third year of existence, this fun and educational festival for Tenor Horn and Baritone Horn players was established to promote these instruments and bring together a range of people, musicians, businesses and organisations to collaborate and support each other in this niche yet tight-knit fraternity.

The concert featured solo spots from festival founders Katrina Marzella (ex Black Dyke Band) and Helen Varley (Grimethorpe Colliery Band).  However, the central guest of the weekend was special guest Tim De Maeseneer, the Belgian virtuoso tenor horn player from Brassband Willebroek.  Hot off the back of his new CD release The Birth of Time Echoes, Tim was on excellent form, and he performed UK premieres of pieces from his CD, including the stunningly beautiful Impressions by Maarten Vermeersch.

Katrina and Tim joined forces to celebrate the 30th Anniversary of John Golland’s classic duet, Meiso, written for Black Dyke’s 1990 tour of Japan. The highlight of the concert for many was the final feature, being the horn quartet Tranquillum. The work was written by Christopher Bond for the horn section at Brassband Willebroek, and on this occasion featured Tim De Maeseneer and Helen Varley along with British Army tenor horn players Staff Sergeant Alistair Smith and Lance Corporal Anna Long.  The British Army Band Catterick performed a mix of classical and popular repertoire, and sounded in fine form throughout the night’s event.

On Saturday’s Saxhorn Fest, the daytime events were focused around workshops and masterclasses for the Tenor Horn and Baritone Horn players who had travelled from as far as Belgium to attend.  The delegates ranged from experienced players of championship bands right through to players who were returning to playing after extended breaks.

Tim De Maeseneer – whose appearance at Saxhorn Fest was sponsored by Besson  – led a highly interesting masterclasses on warm-ups and playing, whilst many other delegates were thrilled by the opportunity to conduct a small ensemble for the first time in the Introduction to Conducting workshop by Captain Brenden Wheeler.

The day included lots of playing in the massed ensemble workshops, and it was particularly exciting to work on new compositions written especially for the day by women composers, in particular the beautiful new composition Barcarolle by Liz Lane and a fun arrangement of Tetris by Lucy Pankhurst. This also led to an open discussion on Women in Brass Bands, were Brass Bands England’s Sarah Baumann discussed the organisation’s recent work in this area.

The younger attendees took part in a special Youth Focus session run by Fiona Casewell (ex-solo baritone of the Reg Vardy Band and baritone/euphonium tutor at Durham University), where they worked on playing basics and a range of pieces which they performed in an informal concert at the end of the day.  This section of the event was graciously sponsored by Band Supplies, a huge supporter of the festival, who were on hand throughout the day for people to try new instruments and buy music.

Yamaha artist Katrina Marzella premiered a new edition of music by John Golland, namely his Cantabile from Rhapsody No. 2, which is due to be released by Kirklees and the John Holland Trust later in 2020. The recital concluded with Tim De Maeseneer thrilling the audience with several pieces, including the UK premiere of a setting of Fantaisie sur un motif des Deux Reines by Jules Demersseman. Tim informed the audience this music, arranged by Luc Vertommen, had most likely not been heard for over 100 years – it was a truly stunning performance of a great piece of music indeed!

The Saxhorn Fest team were delighted that their festival received coverage in the Regional Press (Yorkshire Post) thanks to the stunning photography of Lorne Campbell and his generosity and support of the event.

Festival Founder Katrina Marzella commented: “This year’s event completes trilogy of events, and to watch the festival grow and develop into what was achieved this year fills myself and Helen Varley with great pride. We try to promote the huge possibilities of our sometimes neglected instruments by collaborating with a range of people – composers, performers, ensembles and businesses – with the goal of supporting and motivating each other to achieve great things for our beloved Saxhorns.

“Saxhorn Fest is indebted to the support of the wonderful people at Band Supplies, Besson, Brass Bands England, the Corps of Army Music (CAMUS), Nero Music Press and Yamaha for enabling this event to happen.”

Helen Varley continued:  “To have an international feel at the 2020 festival with Tim’s presence, as well as involving professional military musicians from the Army, was major step for us and we are very grateful to the organisations who made this possible. Our main thanks must go to the delegates and audience members, many of whom travelled far and wide to be part of the weekend, and who embraced our ideas and visions with such enthusiasm, positivity and warmth.”

Helen concluded: “We hope our work will inspire others in the UK and in different countries to ‘take up the torch’ to help our family of instruments grow and make the seemingly impossible become a reality.” 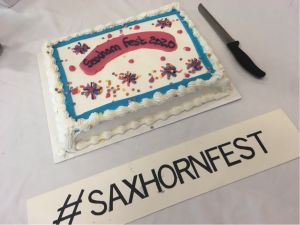 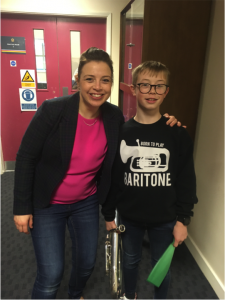 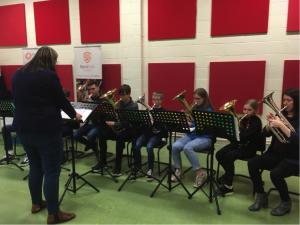 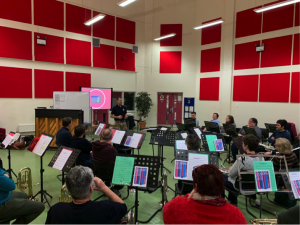 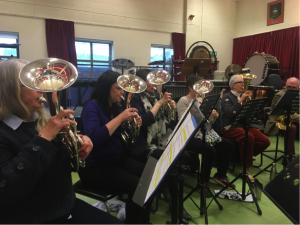 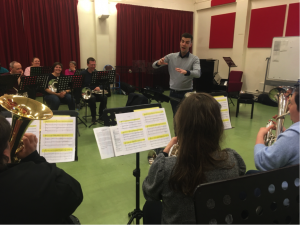 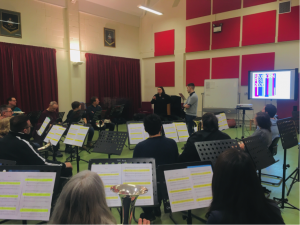 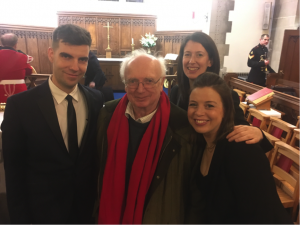 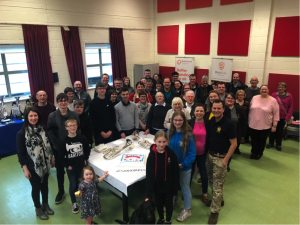