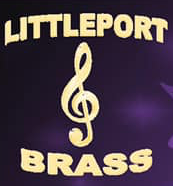 Matt joins Littleport following recent successful spells at both Haverhill Silver and Soham Comrades. Matt hails from nearby Ely (where he was born) and has been playing the trombone since he was 14 years old, and previous to that playing cornet since he was 9 years old!

He brings a wealth of experience to the band on trombone having recently played at the very top level of banding in the Championship section, with some recent highlights that include being part of a 3rd place top section performance at the National Mineworkers Contest at Butlins in 2019 beating the likes of Flowers, GUS and Friary Guildford, and previous to that a top 6 finish at the All England International Masters contest held in Kettering in 2017. Matt also enjoys playing for a local brass quintet group, local Orchestra’s and big bands in his spare time.

Commenting on Matt’s appointment MD Ian Knapton said ‘Matt is a player who has been on my radar for sometime, and I am pleased to finally say he has accepted the offer of taking up the role of solo trombone and the challenge of getting back up the sections, he is no stranger to the band and I look forward to working with him when we finally get back to full rehearsals’