Whilst BBE did not mention B&R directly by name, those reading and commenting on the article clearly inferred that it was the band’s live streamed concert at Brighouse Methodist Church on Saturday 12th June that was being criticised. Further discussions since its publication have confirmed this. If B&R were not one of the bands that BBE were criticising, they should clarify this immediately to avoid bringing the name of the Brighouse & Rastrick Band into further disrepute.

Despite claiming as part of their core values to support, promote and represent its member bands and having the contact details of numerous members of B&R’s General Committee available to them, this article was published without showing the professional courtesy to speak to anyone involved in the organisation of the band. This is utterly unacceptable from an organisation of which we are a paying member. Publishing an article such as this could have potentially damaging consequences for the band; relationships with future players, sponsors or promoters could be jeopardised and the band’s integrity could be undermined.

It is vital to understand that Brass Bands England is not a governing body and the brass band community is not a regulated industry, nor an autocracy. The banding community is in fact a set of independent organisations with collective appreciation of a common passion that occasionally gather to compete or play together, and one in which we all strive to support others. Those competitions in fact are privately owned and organised. There is no democracy in the governance of banding except within each individual band. It appears to us as though this is an attempt to stoke conflict and division within the banding community and to empower individuals with the false belief that bands can be held accountable to them.

To assert that rules were broken is simply incorrect and to imply that Brighouse & Rastrick were not showing respect to the wider banding community is also just not true. Had they taken the time to enquire with us they may have known more.

In BBE’s own published ‘advice’, they stated:

‘The performing arts guidance published on Tuesday 18 May makes it clear that non-professional activity can resume both inside and outside, although participants must remain in groups within the legal gathering limits of 6 indoors and 30 outdoors. However, there is an exemption to allow multiple permitted groups to occupy the same facilities and be directed by a single individual. It is important not to let these permitted groups mix either on arrival, during or when leaving the planned activity. BBE recommends treating each member as a single group of one to help ensure that no unnecessary mixing takes place.’

BBE has every right to make their recommendations to treat each member as a single group, and we do understand the difficulty in providing guidance and risk assessments that are appropriate and accessible by all of their member bands, but the DCMS guidance does not state this as a rule. ln all the online attacks and communications we have received only since this post, no-one has been able to set out to us which rules we have supposedly broken. If they had done so we would have happily considered this and responded appropriately. We would assert that if they truly wanted to support their member bands – which we are one of – they would have contacted us directly to ask questions and enter into a dialogue. 4BarsRest did just this, even though we are not a member of their organisation. We had no direct contact from anyone at Brass Bands England.

Publishing such posts on social media sites only enables criticism of bands and individuals in an un-regulated manner. On their own Facebook group they advocate for kindness, courtesy, no hate speech, bullying and respect. We would question whether they were adhering to their own standards in posting this as they did without any contact or communication with us. The veiled and passive aggressive nature of the post also seems to warn other bands to ‘stay in line’, but it would be through dialogue, support and working together that we can get back to what we all love.

B&R’s event was fully risk assessed in line with DCMS rules and B&R are proud to lead by example in getting back to live performances in a safe and extremely considered manner. We would, of course, encourage all bands to carry out their own thorough risk assessments that take into account all aspects of any potential performance before going ahead.

Since returning to rehearsals B&R have had a positive Covid test result for a playing member of the band. There is no evidence to suggest that this positive result was in any way related to or caused by any banding activities. Close contacts were identified and they have been tested and self-isolated as appropriate. Contrary to some rumours that have been shared, there have subsequently been no further positive test results. This is further evidence that the band’s risk assessments and Covid protocols have been appropriate and effective in ensuring the safety of all members.

B&R advocate the use of lateral flow tests before band by every member of the band. This is the best way to minimise the risk of transmission, yet BBE have at no stage advocated this. They instead turn to bell covers, which have had no independent peer-reviewed research proving any benefit within the context of a full band performance and are detrimental to the quality of performance with no quantifiable benefit in reducing risk. BBE stated that masks should be worn during extended rests, which shows a basic lack of understanding of transmission. Particles in an enclosed space do not suddenly appear when you are sat with a mask on whilst others play and then are no longer there when your mask is off and you resume playing. BBE also gave a definition of what a professional is, yet there is no legal definition that professional means “to be paid the minimum wage for a performance”. Again, these points appear to us to be an attempt to convince many of their supposed authority on banding matters.

B&R’s committee and members have put many hours, days and months into these plans, as so many have, and nobody involved in the organisation gets paid whatsoever for their work in running the band. This has been an agonising and challenging time for all. There has been a huge impact upon individuals, groups and our movement. We do not in any way take our position in the movement lightly and will always work proactively to support our common mission for brass music making.
B&R would welcome an open and honest dialogue with BBE in the future, after a full and frank retraction and apology to the band, which should be made as publicly as their thinly veiled attacks on us were published.

In the meantime, B&R shall make no further comment.

The General Committee of the Brighouse & Rastrick Band 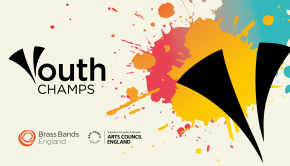 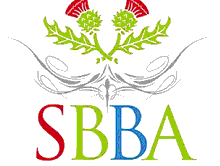 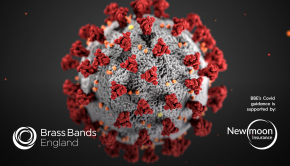