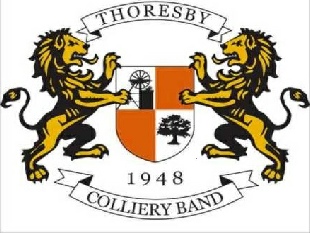 George has worked his way up through the ranks having joined on a back row position in September 2013. After a brief spell playing at the Leicestershire based Foresters Brass, George returned to take up a position on Thoresby’s front row. Since then George has impressed everyone in the band with his ability and maturity.

The Band’s Chairman George Kennedy told A4B, “George is a fine, popular, young man who is proving to be an excellent cornet player and we are therefore delighted to offer him this position within the Band. He did a marvelous job at the Dr Martins contest for us and then as assistant principal at the National Finals showing he is ready to lead this top class band. I hope he has many enjoyable years with us.”

George himself told A4B: “I’m really happy and privileged to be given this opportunity. It’s something I’ve worked towards for a long time and to finally realise that goal is a great feeling. I’m excited to work towards the busy Christmas schedule and into next year with a great band.”

George’s first official concert as Principal cornet with Thoresby Colliery Band will be on Saturday 3rd December at The Crossing, Worksop.