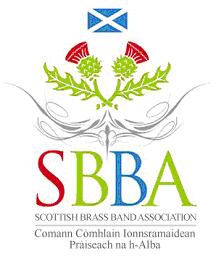 Published on December 6th, 2021 by gavin

Covid and climate couldn’t kibosh the Scottish Festival of Brass!

Despite their best efforts, a joint conspiracy between Covid and the climate wasn’t sufficient to put the kibosh on last weekend’s Scottish Festival of Brass, the first in two years.

There were a couple of casualties, however.

First band to fall victim to the current Coronavirus situation was Rainford a week earlier who had to withdraw from the Scottish Open due “Covid issues” affecting a couple of its principal players.

Then, on the eve of the festival, Chris Fower, director of Creativity and Innovation at the Warwick Music Group, who was due to lead a workshop on the Saturday morning – demonstrating how to use pBuzz and contemporary music to engage and inspire a new generation of brass players – had to pull out of the event because his scheduled train journey to Perth was cancelled because of Storm Arwen.

That same storm also put paid to 1st Old Boys being able to cross the water from Belfast to participate in the Scottish Open because of a ferry cancellation.

The withdrawals by Rainford and 1st Old Boys left 13 bands to battle it out during the afternoon. The competition for Championship section bands took longer than usual because of the Covid precautions that were carried between each band taking the stage.

At the end of the day, it was the performance of Gallery by Whitburn that delighted adjudicators Steven Mead and Paul Holland the most.

This latest win makes it seven consecutive Scottish Open victories since 2014 – by any measure, an outstanding achievement!

The full Scottish Open results are as follows:

Sadly, Sunday started off on a similar note to the day before with the news that two of the entries in the Scottish Challenge had been forced to withdraw due to Covid.

Annan Town and then Clackmannan District both reported that they had band members who had contracted the virus and so were pulling out of the competition for the lower section bands.

This left 11 bands to vie for the Challenge Shield, starting with Broxburn & Livingston and their rendition of Sword, Jewel and Mirror.

The reduced entry meant that the contest ended earlier than anticipated, but even so, the results were just as eagerly anticipated.

Once again, Steven Mead and Paul Holland were in the adjudicators’ box and their choice of first place was Kingdom Brass playing Metropolis 1927.

Steven told the audience that both he and Paul could sense the joy of the bands playing together on the contest stage once again. And SBBA president Carrie Boax expressed her sincere gratitude to everyone who help to make the weekend happen.

The rest of the Scottish Challenge results are as follows:

Clackmannan District Band donated a special prize to be awarded to the best tenor horn section in the event – the Anthony Hope Memorial Trophy, in memory of the band’s former secretary, Tony Hope. The trophy was presented to Kingdom Brass by band vice president Julie Johnston, who had made the trip to Perth with president Debbie Wark specially for the occasion.

During the weekend SBBA President’s Awards were presented to Gordon Simpson, statistician and operator of the www.brassstats.com website, and Iwan Fox, editor of the www.4barsrest.com online publication, for services to brass banding.

Even though the Scottish Festival of Brass was not a full return to ‘normal’, it was a big step along the way. Thanks go to all the players and conductors, adjudicators, compere Alasdair Hutton, trade stand operators, sponsors, contest controller Peter Fraser, SBBA Covid marshals, ambassadors, volunteers and helpers, the audience and Perth Concert Hall staff for making the event such a great success.

While there were some impositions on the bands themselves, in terms of where they could change and when they could arrive at the venue, the general consensus was that the weekend was a triumph. Despite the results, brass banding was the winner! 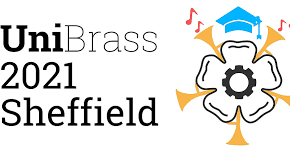