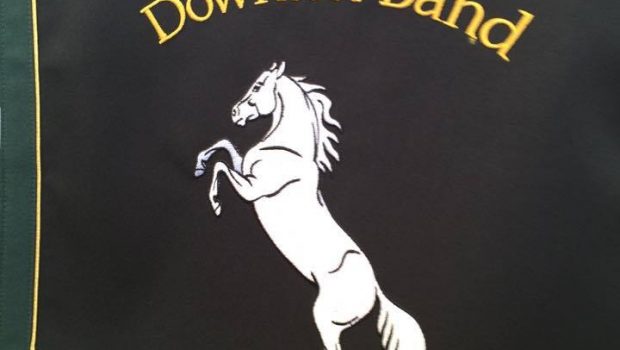 Downton Band has had a busy Christmas period giving three festive concerts, a carol service, a December wedding and a visit to a retirement home to entertain the residents. And on top of all that the band have performed over 20 hours of carol playing across the community.

But the band, a registered charity based in their own band hall in Downton, are gearing up for one final session of festive music making with a difference. The dedicated band meet up at 3.45am on Christmas morn to begin a three hour marathon stint of carol playing all across Downton village to welcome in the special day.

Paul Williams, Downton Band’s Musical Director told A4B: “This tradition has been going on as long as anyone can remember and some say it’s at least 100 year’s old. Every Christmas day the band gets up well before the crack of dawn, starts at one end of the village and plays two verses of a carol at every other lamppost as they play their way through the streets.  Upon hearing the band people from the village come outside and offer mince pies, chocolates and the odd glass or two of mulled wine to the musicians. The band even gets a cooked breakfast as it takes a quick break from their three hour carol session. It’s such a lovely tradition and we think it’s quite unique.”