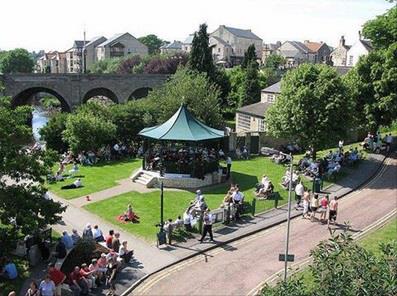 Once again, the popular Wetherby Bandstand brass band concert series is set to get underway in April, in the lovely picturesque setting by the river.

With large crowds throughout the year, the venue is popular with both bands and listeners for its great atmosphere and ice cream van (in all weathers!). The list of bands performing thoughout 2017 has now been released. All concerts start at 2:30pm and aim to finish at around 4:30pm