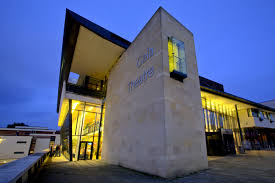 Published on February 9th, 2017 by gavin

The list of competing bands that will battle it out for the qualification places on offer for the Royal Albert Hall and Cheltenham at the North of England Brass Band Championships, in Durham have been announced.

The contest weekend will take place at the Gala Theatre, in the heart of the historic city of Durham, on the weekend of the 11th/12th March, with two places up for grabs in the Championships Section. Two bands will be invited from the First, Second Third and fourth to represent the North of England at Cheltenham in September.

A total of forty bands will perform in a highly competitive contest. The Contest will have two adjudicators per section for the first time in its history. Regional Secretary, Tony Griffiths told A4B: “All bands took part in a ballot on this issue after the 2016 event. They decided to go with two adjudicators.”

The contest starts with the section and the fourth section on the 11th, from 12 midday. Sunday the 12th, commences with the first and third section concluding with the championship section.