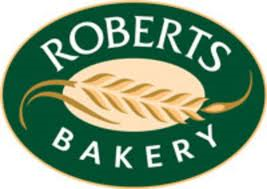 The Roberts Bakery Band has recently secured their very own band room in their home town of Sandbach, Cheshire.

The band is fortunate to have received consistent support from the Northwich-based Roberts Bakery since 1980, a length of sponsorship almost unheard of in today’s brass band world. Recent assistance has enabled the band to move into a permanent home.

Lindsay Occleston of Roberts Bakery told A4B: “We’re excited to continue our support of the band. It’s fantastic to have been able to provide the support the band needed to move into their own rehearsal space, I am sure many other brass bands in the country would be envious of our facility.

We feel this is a fantastic opportunity for us to really allow the band and Roberts family business to have an active relationship rather than just the ‘sponsors’ of the past, and for everyone in the band to wear their Roberts badge with pride!”

Simon Stonehouse, MD of Roberts Bakery Band told A4B: “The band has gone from strength to strength over recent years and this really is the icing on top of the cake. Our previous facilities made everything difficult in terms of rehearsing and moving forward musically. Thanks to the Foden’s band we were able to get into a purpose built facility from time to time, but now we can start to enjoy the consistency of having our own rehearsal space.”

We have a strong nucleus of members with many new young players being nurtured to enrich our ranks. The band enjoys contests and has built up an excellent reputation in recent years for being outstanding entertainers on the concert platform.”

The band are extremely grateful to Roberts Bakery for their continued support and are pleased to have been able to secure a premises in such close proximity to their hometown and many of the band’s concert venues.