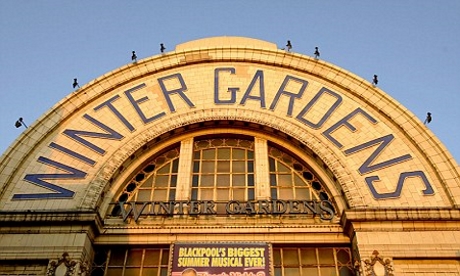 The organisers of the 97th British Open Spring Festival have confirmed the full line up of bands that will compete at Blackpool’s Winter Gardens on Saturday 13th May.

Following the withdrawal of Vernon Building Society Poynton Band in the Senior Cup, Fishburn has accepted the invitation to replace them in that competition. Nineteen bands will therefore compete in the Senior Trophy instead of the standard twenty.

The organisers are very much aware of the high profile media campaign within and outside of banding with regards to ‘Swab for Sykes’ in aid of the young trombonist, Stephen Sykes.

Volunteers will be manning a stand throughout the day in amongst the trade stands and not only do we wish Stephen Sykes and his family, all the best, but encourage as many people as possible to go and register today.

The bands and audience are reminded that the Grand Shield will be the first event to go get under way in the Opera House at 10.00am, with the Senior Cup starting in the Pavilion Theatre at 10.30am and Senior Trophy in the Spanish Hall at 11.15am.

The adjudicating team who will make the all important decisions comprises of John Doyle, Paul Holland, Thomas Hutchinson,  Ian Porthouse, Allan Ramsay and Steve Sykes. The pairings for each section will be announced on the day.