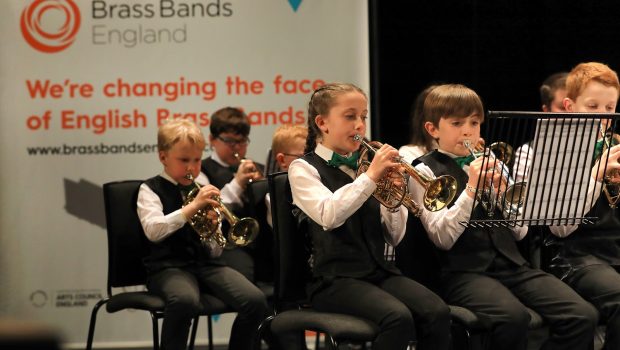 Brass Bands England is delighted to announce the results of the recent consultation on the future direction of the National Youth Brass Band Championships of Great Britain, in addition to full details of the 2019 event.

The consultation process, which was opened just over a month ago, received very strong support from respondents, with just over 85 percent rating the proposals as ‘good’ or better. There were, as would be expected, many differing opinions and ideas that the organising team have now sifted through. BBE can now announce the changes that they are confident will help make the National Youth Championships an even more purposeful event in the years ahead.

Alongside several other changes, one clear outcome of the consultation was an appetite for a regular annual date, at a time most likely to suit the majority of participants. With this in mind, the contest will, whenever possible, be held on the last weekend in March; just after the regional contests across the UK, and just before the Easter school holidays.  The contest’s location, however, will be subject to change each year.  Venues will be chosen based on their ability to accommodate the event to the highest possible standards on that weekend, but we envisage this taking place no further than a two-hour drive from Leicester, the approximate centre of Great Britain’s population.

The 2019 National Youth Brass Band Championships of Great Britain will take place in the fantastic facilities of Warwick School on Saturday 30 March. The 800-seat Warwick Hall, which was opened in 2016, will host the larger sections, whilst the equally attractive Bridge House Theatre, seating over 300, will host the others, all in the beautiful surroundings of Warwick School. BBE wish to thank bands for their patience in waiting for this announcement while the consultation process took place.

Alex Parker from BBE told A4B: ‘Please note that the change to a Saturday was made in response to many requests from bands to help deal with late-night travel home from the contest on a Sunday evening for those attending school the following day.  Continuing to host the event in an easily accessed location will also allow as many bands as possible to travel to the contest, hopefully resulting in it growing to become a truly national event in the years ahead.

We can also now announce that the set test-piece for the Championship Section will be Corineus, by Christopher Bond. The piece is based on the legendary founder of Cornwall and was first performed by Cory Band at the RNCM Festival of Brass in Manchester in January 2018.

The team at BBE would like to thank everyone who took part in the consultation as the results represented a full spectrum of people across the brass band community.  There were some excellent ideas as well as constructive criticism, which we will act upon in our preparations for future events.  We are now issuing a new guidance document, which incorporates some changes from the initial consultation document.  We encourage all participants at the National Youth Championships to read it and get a full understanding of both its principles and detail.  We have also added an appendix to the document to outline the changes that have been made as a result of the consultation.’

The final document can be seen here:-
https://drive.google.com/open?id=18EV5DpkbDVi16jLDoF_62pUVOHBsEvnH
With the appendix here:-
https://drive.google.com/open?id=18F6KsVD9tdHb2CB5rwu-RzukDm0D1ND4
Some of the other changes from the original consultation are linked to the age ranges of the sections.  Full details and reasoning can be found in the appendix document. Briefly, however, the upper age limits will be amended to 12 years in the Debut Section, 14 in the Elementary Section, 16 in the Intermediate Section and 18 (with exceptional circumstances being taken into account for those older but still in compulsory education) in the Championship Section.  This is in response to the majority of responses, but is also in keeping with the standards set by Music for Youth.

BBE are aware that the European Youth Brass Band Contest has an upper age limit much higher than 18.  However, should bands qualify to compete at the EYBBC, they may enter within the rules of that contest.  Qualification for the European event will continue as present, with the highest ranked English band in the Intermediate Section qualifying for the Development Section and its equivalent in the Championship section qualifying for the Premier Section.

They have also decided to allow the playing of ‘non-standard’ brass band instruments (including trumpets, French horns and plastic instruments) in all sections. They would, of course, encourage bands to play using standard brass band instrumentation where at all possible, but it is hoped that this enable more young people to take part.

Finally, BBE can confirm that they will be restricting entry to young adults still in full-time compulsory education. Those studying at Colleges, Universities or Conservatoires will no longer be eligible to take part in the event; this change is designed to encourage greater opportunities for developing young musicians.  The recent rise of UniBrass has presented further performance opportunities for those affected by this change and BBE will continue to support the fantastic work that this event carries out for brass and percussion musicians beyond their school careers.  We would also encourage young players no longer eligible to take part in the NYBBCGB to continue to participate in their local community bands where possible.

Commenting on the changes that the consultation process has prompted, BBE Chief Executive Officer, Kenneth Crookston, told A4B: “On behalf of Brass Bands England I would like to thank everyone who took part in the consultation process over the future of the National Youth Brass Band Championships of Great Britain. This has been a very rewarding project, especially in relation to the quality of the feedback we have received from many different areas of the brass band community.  We are very confident that the future of the Championships will be brighter as a result of the changes that will be implemented at next year’s event and look forward to welcoming as many aspiring young musicians as possible to Warwick School on 30 March 2019.”

Further announcements about the 2019 National Youth Brass Band Championships of Great Britain will be made over the coming months.  Any queries in relation to the event should be addressed to [email protected]