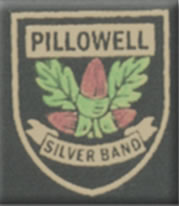 Full Steam Ahead for Pillowell Band

Full steam ahead for Pillowell in BBC birthday video

It was full steam ahead for members of Pillowell Silver Band, who feature in a special video to celebrate BBC Radio Gloucestershire’s 30th birthday. With a cast of around 100 people from across the county and the film-making skills of students from the University of Gloucester, the radio station has recreated the hit that was number one in the charts on the day it went on air in 1988 – He Ain’t Heavy, He’s My Brother.

The song also features some of the county’s well known personalities like Eddie ‘the Eagle’ Edwards and other local heroes, and was shot at various iconic locations across Gloucestershire. Pillowell members found themselves onboard the Dean Forest Railway earlier this month after filming was nearly cancelled due to heavy rain.

Pillowell MD Ian Whitburn told A4B; “It was a real privilege to be involved in such a lovely project to celebrate not just BBC Radio Gloucestershire’s 30th birthday, but also the colour and heritage of the county. Brass bands are at the heart of the Forest of Dean, and it’s fitting that this heritage was included in the video. I would also like to thank the Dean Forest Railway for coming to the rescue and providing such a fantastic location for us when heavy rain nearly stopped play on the day of the filming. We have performed in some unusual venues, but a moving steam train is definitely a first!”