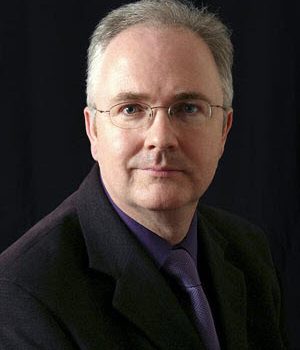 The organisers of the 167th British Open Championships, have announced that a brand new commission from composer Professor Peter Graham will test competitors at the 2019 contest.

Described as a symphonic poem for brass band, ‘Dynasty’ is inspired by the musical life of the legendary Harry Mortimer – and will be joint collaboration between the British Open and Belgian musical organisation VLAMO.

It will be premièred at Symphony Hall Birmingham on 7th September, followed by a European contest première at the Belgian National Championships on 1st December at the CC Zwaneberg venue in Heist-op-den-berg.

However, it is the first time that a work from the highly respected Scottish composer has been commissioned directly for the event.

Talking about the composition and its inspiration, Peter Graham said: “‘Dynasty is a symphonic poem for brass band, inspired by the life of Harry Mortimer (1902- 1992) – one which reads like a musical adventure story.

As a boy he made his contest début on cornet at the 1913 Crystal Palace National Championship on ‘Labour and Love’.

Regarded as a virtuoso performer of prodigious talent ‘HM’ then supported his family whilst his father Fred was away on military service during the Great War, balancing performing in orchestra pits for silent movies and music hall artistes including the legendary Marie Lloyd, with his ‘day job’ at the local train station.

Together with the other members of the Mortimer dynasty, Fred and brothers Alex and Rex, he was the undoubted star of the legendary Foden’s Band which enjoyed unparalleled contest success before the Second World War.

As a conductor he was equally successful, winning no less than eighteen British Open and National Championship of Great Britain titles during the period 1941 to his contest retirement in 1956, with many of the leading bands of the era.

During this time he also made the transition from brass bands to symphony orchestra as a celebrated trumpeter, whose recordings spanned the globe, working with many of the most celebrated musical figures in the classical and popular music world.

As a highly influential producer at the BBC for over 20 years he increased the broadcast output of brass bands to a level not seen before or since.

Using HM’s autobiography ‘On Brass’ as a source, ‘Dynasty’ presents a range of musical scenes which will incorporate solos, hymns and the occasional reference to brass band classics.

The work concludes with a dramatic fugue based upon themes from music which was an integral part of band and community music-making in HM’s lifetime; ‘The Messiah’.”

In a joint statement, organisers Martin and Karyn Mortimer told A4B: “We are delighted to present this new work at the 2019 British Open Championship.

It continues the strong tradition of selection of new commissions and music for the event for the audience to enjoy, as well as providing a demanding challenge to competitors from Britain and Europe.”

‘Dynasty’ will be published by Gramercy Music and scores will be available to the competing bands at both the British Open and Belgian National Championships from June 2019.

Short scores for the audience to follow will be available at both events with the work on general release from December 2019.

Tickets for the 2019 British Open will go on sale at 10.00am on Friday 24th May from Symphony Hall Box Office.

As a result of strong interest in recent years, the organisers are currently exploring the introduction of a ‘Loyalty’ scheme with Symphony Hall, details of which will be announced in the New Year.

The date for the 2020 British Open has now been confirmed as 12th September. The 2021 Championship will be held on 11th September.

Further information on the British Open can be found on www.thebritishopen.net

Further information on the Belgian Nationals can be found  on www.vlamo.be