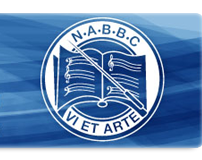 For Josh Geddes from Australia, victory in 2018 was very much a personal achievement in difficult family circumstances. Josh TOld A4B: “It was really the Monday of that week I knew I was going for sure. My wife told me I wasn’t allowed to call back with bad news!”

The resulting opportunities were immediate as Mark Heron, one of the judges, invited Josh to help out at a workshop with a Canadian group the very next day.

Josh would later return to the UK to take up his prize, a once in a lifetime opportunity conduct the world’s number one ranked band, The Cory Band. He added: “Many people want to know about the experience of either the competition or conducting Cory. Really that’s been fun. I’ve been able to meet a lot of fantastic musicians, really lovely people, and continue to work on the art and craft of being a conductor”.

For Josh, the NABBC conducting competition was also very different to other competitions he had entered, telling us: “The fact we were all locked in a room together fostered a very good esprit de corps. Also receiving the one on one feedback between the rounds helped”.

Anyone interested in entering should email the association secretary James Holt on [email protected] and an application pack will be provided. The closing date is Friday 26th April.