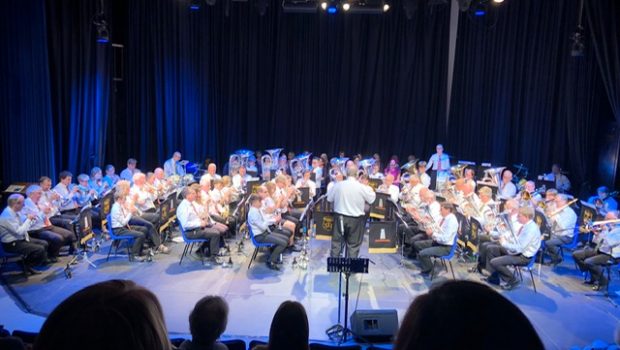 Stour Concert Brass included two soloists with 12 years old Alec Banner featured on the Xylophone with Charlie Is My Darlin and Luke Barker in brilliant form on cornet playing a new solo Honeysuckle Polka by J O Casey specially arranged for him by Nigel Hall who was in the audience to hear the performance.

Tracey Sollis was a young horn player who prior to her death played for both Avonbank and Winchcombe Bands. The trust is run by Tracey’s mother Sue and funds a research facility at the Royal Free Hospital in London.

This year’s concert has raised in excess of £1100 towards its ongoing research. The concert also served as a memorial concert for trombonist David Turner who played for both bands before his sudden death 5 years ago and was also a trustee of the charity.