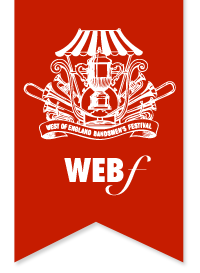 Entries are now open for this year’s open air West of England Bandsmen’s Festival on Saturday 20th June at Bugle in mid Cornwall, with its march through the village by the Bands on their way to the Contest Field to start the day. Applications can only be made on line through the Festival Web Site, www.buglebandcontest.co.uk   with several already received, including for the first time a Band from the United States of America, Lake Wobegone Brass Band from Minnesota in the Upper Mid West.

A varied selection of Test Pieces have been chosen, as always to challenge the Bands with attractive music, though thought is also given to ensure a pleasant listening experience to entertain the large audience which always attends this unique Open Air Festival. Cornish composers are featured in Section Two with Sanctuary by Daniel Hall, the current winner of the Young European Composer Competition, who hails from Bugle, alongside the Hymn Tune, Treskerby by Monty Pearce.

Prize money totals some £4000, with £1000 going to the winners of the Championship Section, as well as the prestigious Royal Trophy, presented by the then Prince of Wales, Duke of Cornwall to the Festival in 1913.

Well over 40 other Trophies are presented throughout the various Sections, including 12 special Soloists Awards, which are eagerly sought after by the Musicians.

Napoleon on the Alps – Philip Harper.

TRAINING SECTION. Own Choice. (No more than 10 minutes)

GUEST PLAYERS. As a Summer Festival the Trustees are aware of the difficulty this can cause to Bands who would like to attend, but may have problems caused by player’s holidays and examinations for younger musicians in entering with a full Band. To assist with this potential problem the Rules have now been changed to allow a Band to include up to 5 Guest Players, subject to certain conditions to be found in the Festival Rules our Web Site, where full details of the Festival and Entry Forms can be found.   www.buglebandcontest.co.uk