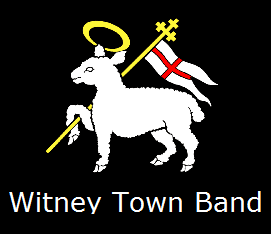 At the Oxfordshire & District Brass Band Association contest held at Marlborough School, Woodstock on Saturday 22ndFebruary Witney Town Band were awarded first place in the 4th section  for their performance of the testpiece Neverland.   The band’s principal cornet player, Ali Howes, was awarded the prize for best instrumentalist in the section.  Ali is pictured in the photo below with the band’s Musical Director Chris Barker. 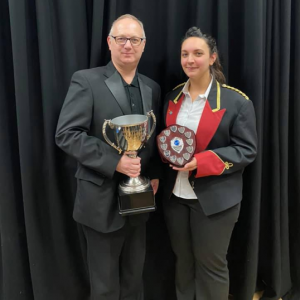 The band will be performing Neverland during their concert at St Mary’s church, Witney, on Saturday 29thFebruary, 6.30pm. Thanks to costs being covered through the Witney Community Grant (West Oxfordshire DC) this is a free concert by the band including a feature from the Training Band.