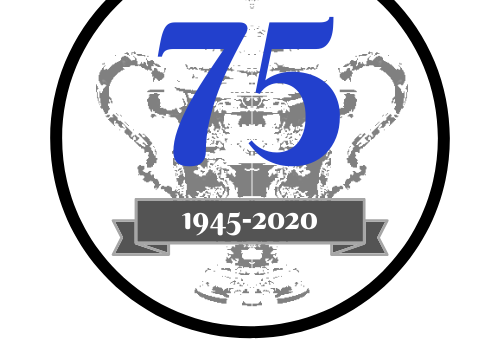 Kapitol Promotions is delighted to announce the five set test-pieces for the two Finals 2020 events, scheduled for September & October. Please see below: 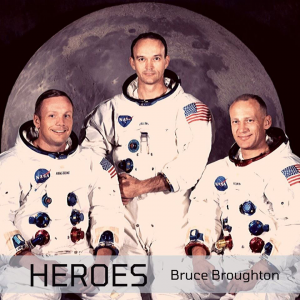 On July 20 2019 we celebrated the 50th anniversary of the Apollo 11 moon landing and the incredible achievements of astronauts Neil Armstrong, Buzz Aldrin and Michael Collins. Heroes pays tribute in music to this historical event, and is cast in three continuous sections.

“Ignition”, which launches the work, propels us into orbit with Broughton’s characteristically dynamic rhythmic writing before transitioning into the beautiful second section, “Tranquillity”. Here, the ethereal beauty of The Sea of Tranquillity provides the soloists an opportunity to revel in the lush sound world.

The final Section, “Return” is a technical tour de force, developing material from the earlier sections before a reprise of the “tranquillity” theme brings to the work to a resounding conclusion. 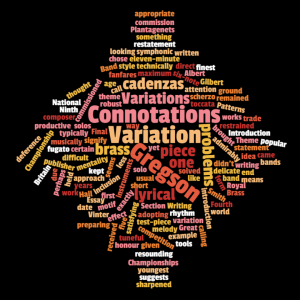 Connotations was originally commissioned for the Championship Section Final of the National Brass Band Championships of Great Britain 1977, held at the Royal Albert Hall.

At the age of 32 Gregson was the youngest composer to have received the honour of such a commission. It came at the end of a productive five years writing for the brass band publisher R Smith. Some of those works – The Plantagenets, Essay and Patterns for example, with their direct and tuneful style, have remained popular with brass bands the world over.

For Gregson, these were the means by which he sharpened the tools of his trade, preparing the ground, as it were, for his finest work to date: Connotations. He thought of calling the piece Variations on a Fourth, but with due deference to Gilbert Vinter perhaps (Variations on a Ninth), he chose a more appropriate one. As Gregson has written, “Connotations suggests more than one way of looking at something, an idea, and this is exactly what the piece is about”.

Writing a competition piece brought its own problems. “It has to be technically difficult and yet musically satisfying. I didn’t like being kept to an eleven-minute maximum.  The inclusion of short cadenzas for less usual solo instruments seems to signify a certain test-piece mentality”.

Gregson solved the problems admirably by adopting a symphonic approach to variation form: ‘Introduction’ – fanfares, a call to attention (in effect Variation 1); ‘Theme’ – a six-note motif, given a lyrical and restrained first statement; ‘Variation 2’ – a delicate toccata; ‘Variation 3’ – typically robust in melody and rhythm; ‘Variation 4’ – lyrical solos; ‘Variation 5’ – a scherzo; ‘Variation 6’ – cadenzas; Variations 7-9 – an introduction, fugato and resounding restatement of the theme. 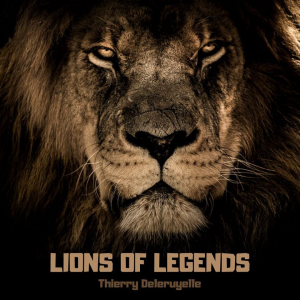 Ever since antiquity, mankind has been fascinated by the lion. It symbolises courage, strength and temperance. Its famous roar has led to numerous legends. From people and their rulers, to cities and their nations, many have made use of the lion to represent themselves in symbols and emblems.

This work was originally commissioned by Eurofestival 2016, whose members, similar to these lions, created legends by organizing the first European Brass Band Championships in France (Lille), under the auspices of the EBBA (European Brass Band Association) and the French musical confederation (CMF).

In five movements the composer describes both the history of the lion throughout centuries, as well as the characteristics.

1. The King of the Animals

“The lion’s mane gives it a similar appearance to the sun, which looks like the ‘King of the Stars’. This is how it originally came to be named ‘The King of the Animals’. It is the largest African carnivore and stands at the top of the food chain. People are its only predator”. (A dynamic introduction that lets us hear the presentation of the motif: E-F-D is played, before leading the way to a more melodic and softer passage).

“Lions live in herds, for social ties and communicate with each other. They each have their own role, unlike most other big cats, which live more solitary lives. They grumble, growl and hiss but above all they roar and their claws are merciless”. (The character of the piece becomes more threatening during a long cadenza for solo cornet, this time mirroring the motif. We can hear the claws of the lion played by the Guiro. The roar of the lion can be played by either the percussion, an audio sample or the kettledrums. We then hear a mirrored version of the main theme).

“It is still dark, the sun begins to rise. The lions detect their prey and their pulses race as they await the right time to attack. From antelopes to buffalos, the herd is in need of meat to survive. This is generally entrusted to the lionesses, as they are faster and more agile. The lions chase slower prey but also ensure the safety of the herd by tackling intruders and other threats on their territory”. (The character becomes warlike; we hear the heartbeat of the lions, played by the bass drum and the bass parts. The attack then takes place at a tempo that keeps increasing and with ensemble effects that highlight the agility of the musicians).

“Mankind has such a fascination with the lion that there are numerous crests and blazons of cities and countries in different forms – langued, armed etc. – in countries such as England, France, Belgium, Norway, Denmark, Scotland, Sweden, India, Bulgaria, Armenia, Italy, Spain, Ireland and more”. (The music becomes more serene thanks to the chorale played in a slow tempo. Before the great tutti, we hear the soloists that are featured separately.

“There have been numerous ‘Legends of Lions’, for instance. Yvain, the Knight of the Lion in the legend of King Arthur, the Chinese imperial guardian lions and the Nemean lion in Greek mythology. History has also known other famous lions such as the Lion of Flanders and Richard the Lionheart”. (The work finishes with a fast coda, which picks up the introduction and finishes with an explosive ending). 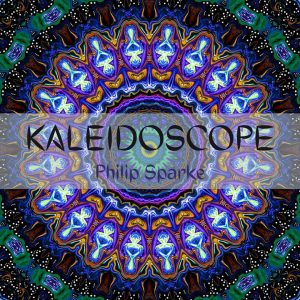 It is a set of five variations of on the ‘Brugger Lied’ (Brugg Song) which is the traditional song of the town of Brugg. The lyrics tell of the geography, people and traditions of this charming and historic town, which is situated in the north of Switzerland, near to the German border, about halfway between Basel and Zurich.

The variations are based on tiny extracts of the theme, the whole piece therefore resembling the effect of a kaleidoscope, which juxtaposes small fragments of colour in a constantly changing pattern.

The introduction is inspired by the many rising intervals which start phrases within the song, and the main theme is then introduced. Variation 1 is based on the dotted rhythm which permeates the song. The short interlude which is Variation 2 plays on the interval of a seventh midway through the song. Variation 3 uses a waltz-like theme with a central theme derived from the rising third figure. Variation 4, a slow ballad, is once again based on the opening bar. The finale, Variation 5, starts with a moto perpetuo. Later, a contrasting theme briefly interrupts, but the moto perpetuo returns, eventually acting as a descant to the reintroduction of the ‘Brugg Song’ in its entirety. A short coda recalls material from Variation 1 before bringing the piece to a close. 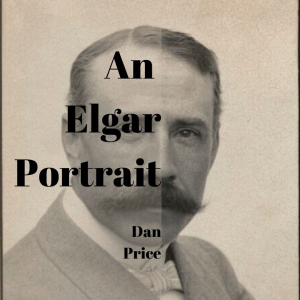 This work was composed in commemoration of the 150th Anniversary of the birth English Composer Sir Edward Elgar. The suite is in three movements: ‘Introduction’, ‘Elegy’ and ‘March’, each of which have been inspired by three of Elgar’s most celebrated works; Chanson de Matin, Nimrod (‘Variation IX’ from the Enigma Variations) and Pomp and Circumstance No.1.

Hollybush Hill is the name of one of the peaks of the Malvern Hills in Worcestershire. The Malverns were a favourite walking area for Elgar and his wife, and their panoramic views inspired much of Elgar’s music.

Broadheath is the small village at the foot of the Malvern Hills where Elgar was born (and lived at various times throughout his life). Elgar is buried not far from Broadheath at St Wulstan’s in Little Malvern.

Many of the Worcestershire ensembles and music festivals played an important role in Elgar’s early musical education. He was heavily involved in The Three Choirs Festival and either conducted or played in many of the light orchestras and vocal groups that performed at venues across Worcester. A statue of Elgar overlooks the Cathedral at the end of Worcester High Street.

The composer has slightly reworked this piece for the Section 4 Final of the National Brass Band Championships of Great Britain 2020 and it’s this version that should be performed at the contest. If bands currently have an older version in their libraries, please contact Kirklees Music directly for more information.

Kapitol Promotions is currently planning for the two Finals 2020 events to go ahead. However, we are acutely aware of the impact that the current COVID-19 pandemic may have on future large-scale mass gatherings such as our Finals events. Therefore, we are regularly reviewing these events in line with official UK Government guidance. More information will be circulated to competing bands and the general public as soon as it becomes available.