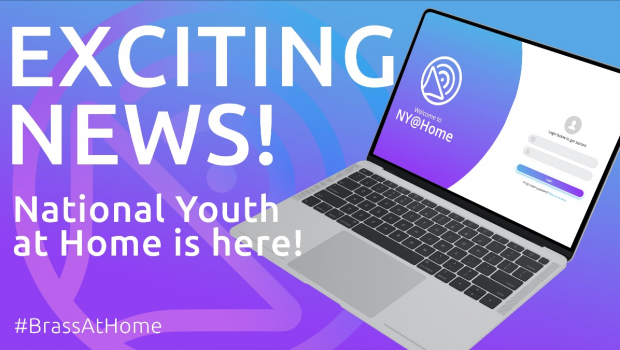 Captain Stuart Marsh Adjutant of the Headquarters Household Divisions Band and the Director of Music of the Welsh Guards Band, Major Stewart Halliday, are just two of the many high-profile guests due to call in on the National Youth Brass Band of Great Britain’s (NYBBGB) forthcoming virtual Summer course later this month.

Captain Marsh is to give a behind the scenes presentation on this year’s special Queen’s Birthday Tribute, held last month at Windsor Castle in lieu of the cancellation of Trooping of the Colour. Major Halliday will then feature alongside colleagues from the Household Division.

The special presentation – part of the NYBBGB’s National Youth at Homeinteractive initiative – will focus on key elements including preparing for the day, the choice of music, the challenges of socially distanced marching, and recreating the traditional military drill, the spin-wheel. Captain Marsh will guide the viewers through a mix of recordings, performances, imagery and interviews with key personalities of the musical delivery of the Queen’s Birthday Parade.

Described by BBC royal correspondent Nicholas Witchell as “a birthday parade for changed times”, this year was the first time that the tribute has been staged at Windsor since 1895, when a ceremony was held in honour of Queen Victoria.

Major Stewart Halliday, who took over the King’s Division Brass Band in June 2015, said: “I’m delighted to be given the opportunity to be part of a talk to the youngsters during their annual Summer course. With numerous former members of the NYBBGB going on to become military musicians, I’m hoping the talk will give a real insight into life of a musician in the armed forces. With the traditional trooping of the colour ceremony, which normally features hundreds of servicemen and women and thousands of spectators, being ruled out because of the threat of coronavirus, I’ll be part of a talk youngsters about us having only left 10 days for us to prepare for the new look Trooping of the Colour, and what we did to achieve it.”

Find the National Youth Brass Band of Great Britain (funded by Arts Council England and the Department for Education) on Facebook and via Twitter @nybbgb or via www.nybbgb.com.

For more information about a musical career in the Army search ‘Army Musician.’