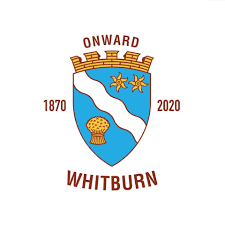 Whitburn Band is delighted to confirm the band’s recent Virtual Concert with trumpet superstar Mike Lovatt has raised £1,262 for the West Lothian Foodbank.

The West Lothian band performed in a concert on YouTube on Saturday, June 27 to celebrate the ensemble’s 150th anniversary.

The band members individually recorded eight pieces of music – including two with Mike – and the performances were all brought together and produced by Whitburn’s percussionist Ryan Bradley.

Whitburn was delighted to use the platform of their concert to raise money for the West Lothian Foodbank, to help those who are struggling – particularly during the coronavirus pandemic.

With an initial target of £500, the band is delighted to have raised substantially more money.

You can still enjoy the full concert, and all the individual tracks from it, for free on Whitburn Band’s YouTube page and Facebook page.

Whitburn Band Chairman Charlie Farren said: “We were delighted with the reception for our concert, with comments from around the world from people who enjoyed our playing and presentation.

“It is extra special that we managed to raise so much money for our local food bank, to help people who are in need in such tough times.”