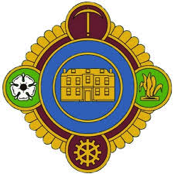 Grimethorpe Colliery Band has today launched its COVID-19 recovery programme in partnership with the Crowdfunder platform and as part of the national “Save our Brass Bands” initiative spearheaded by Brass Bands England.

A spokesperson for the band said:

“Since the measures to counter the COVID pandemic were introduced in March all brass bands have been unable to meet or perform to our audiences. Like many within the arts sector this has had a dramatic effect on many organisations which do so much to support their local communities. Grimethorpe Colliery Band has been particularly badly hit with the loss of over 30 concerts, including the cancellation of sell-out concerts in the Royal Albert Hall in London and a tour of Switzerland during the first lockdown.

Since being formed in 1917 our band has faced many threats to our continuing ability to make music and entertain the public. Having lost 90% of our revenue during 2020 and with no signs yet of any end to the restrictions during 2021, this is, without question, the most challenging period in the bands’ history.

The members of the band have been busy during the lockdown and have worked online in highly creative ways to produce virtual performances which have drawn praise for their innovative and creative approach. We are determined to fight to maintain the legacy of the Grimethorpe Colliery Band for future generations and are delighted to take part in and offer our support to this vital initiative.”

Grimethorpe’s diverse noted concert performances include those at the FIFA World Cup, BAFTA Awards, BBC Proms, Eurovision and London 2012 Olympic Games Opening Ceremony, together with a wealth of national and international television / radio appearances and professional recordings. The band has been the recipient of two gold discs, as well as a BAFTA nomination for its contributions to the global hit movie “Brassed Off” for which Grimethorpe was the focal point.

“Tompkinson, Postlethwaite and Carter are stand-outs in an impressive ensemble cast, but for many, the brass band music of Grimethorpe comes as the real revelation” – Time Out

In addition to continuing to delight audiences across the globe, Grimethorpe also continues to invest in and support its local community in Grimethorpe, Barnsley and South Yorkshire, particularly through its youth music initiatives and community performances, both locally and on a national scale.