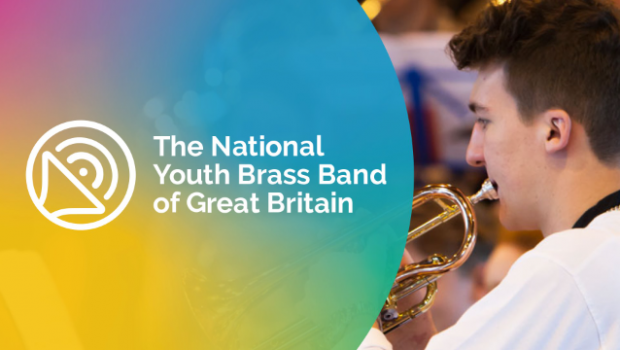 Highlights of the three-day course included workshops with Ian Porthouse, alumnus Captain Samuel Hairsine RN and members of the Royal Marine Bands Service, composer Gavin Higgins (talking about his ballet suite, ‘Dark Arteries’) and Dr Clarence Adoo (trumpeter), who gave an inspiring and thought provoking presentation on his life, to more than 100 delegates. The band’s open day attracted more than 80 visitors, making it the most successful open day since they were first launched.

Helen Williams, flugel tutor, who plays flugel with Cory Band, said: “It was refreshing and extremely heartening to see such a great response to the Easter Course of the NYBBGB. The course combined practical sessions rehearsing repertoire in sectionals and full band with presentations from the Royal Marines and Gavin Higgins. Inspirational seems too weak a description of the session given by Clarence Adoo.

“I was particularly impressed with the last full day of the course on which all members of the band were offered one to one online tuition. I was treated to some fantastic playing from students in the flugel and cornet sections who were preparing for the Katie Ogden Solo Competition. Every timetabled student arrived on time and made the best use of their allocated time. Fabulous!”

Luke Barker, cornet commented: “The Easter virtual course was a triumph. We were once again treated to amazing masterclasses and workshops, tuition from world class players, and brilliant leadership from Ian Porthouse. It is an incredible opportunity and one of the gems of the banding world, which no one should hesitate becoming a part of.  I can’t wait for the summer course!”

Bethan Spragg, cornet, added: “What an action packed few days! From virtual sectionals and full band rehearsals to workshops and talks by the Royal Marines, Clarence Adoo and Gavin Higgins, we covered so much in such a short space of time! I feel as if I’ve learnt so much from all our incredible tutors and been inspired by the guest speakers. I thoroughly enjoyed the masterclass and concert by Tom Hutchinson, who gave some great tips on how to progress. I can’t wait for the live regional days to take place in June, what a difference it will be to hear people play rather than watch everyone’s muted box on zoom!”

To complete the course, the band will reconvene on between 2 and 4 June split into three smaller ensembles playing at Chetham’s School of Music (Manchester), Malvern College (Worcestershire) and St Martin-in-the-Fields (London).

There will be an online gala concert on 18 June featuring excerpts from the digital course and a performance of Gareth Wood’s Brass Triumphant. 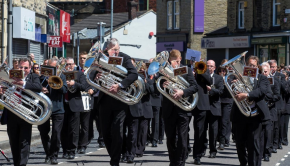