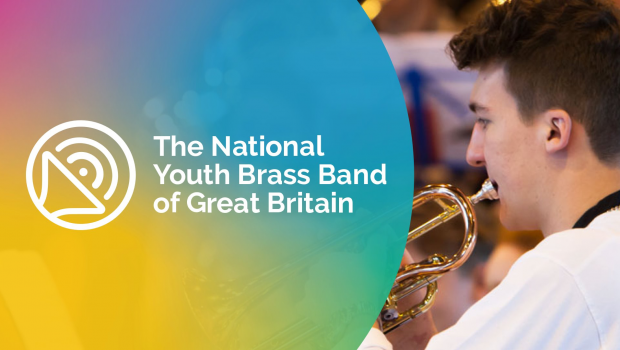 Anna Berrisford is 24 years old and from the United Kingdom. She currently studies orchestral and choral conducting at the Royal Northern College of Music. Whilst at Manchester University Anna was choral and orchestral ensemble conductor in the University Music Society and winner of the Proctor-Gregg Prize for Conducting. She is Director of the Macclesfield Mydel Choir and of the Smithy Belles Choir in Hazel Grove, Stockport. Anna is also a freelance conductor for the Northern Film Orchestra, Abney Orchestra, Opera Viva, and more. She regularly assists conductors at the BBC Philharmonic and the Royal Liverpool Philharmonic orchestra.

Chris Binns is 27 years old and from the United Kingdom. He studied trombone at the Royal Northern College of Music and regularly guests with the BBC Philharmonic, Halle Orchestra and Opera North. Chris also completed trials with BBC Scottish Symphony Orchestra and the Welsh National Opera. He is Principal Trombone with the Grimethorpe Colliery Band. Studying conducting in his fourth year at the Royal Northern College of Music, Chris has had the opportunity to conduct Flowers Band and Grimethorpe Colliery Band and is currently Musical Director of Hebden Bridge Band.

Leon Franzten is 23 years old and from the Netherlands. He currently studies conducting at the Royal Northern College of Music. Leon held the role of assistant conductor of the Youth Orchestra of The Netherlands, toured with the Maastricht Academic Chamber Orchestra and conducted in the final concert of the international conducting masterclass with the Banda Sinfonica Portuguesa. He has also been chief conductor of the Koninklijke Fanfare St. Dionysius Opoeteren and the Harmonie St. Antonius Lomm.

Derrick Morgan is 27 years old and from the United Kingdom. A recent graduate of the Masters in Conducting programme at the Royal Conservatoire of Scotland, he was recipient of the Hugh S Robertson prize for Orchestral Conducting. Derrick has conducted the Edinburgh Symphony Orchestra, toured the Marriage of Figaro with Blackbird Opera and given the fringe premiere of Tom Cunningham’s two mini operas with Edinburgh Studio Opera. He has conducted charity concerts with Ensemble Alba and organised a performance of Mendelssohn’s Second Symphony with the Edinburgh Practice Choir.

Enyi Okpara is 22 years old and British-Nigerian. A law graduate he currently studies conducting at the Royal Academy of Music. Enyi has conducted the Bristol University Symphonia and the Bristol University Chamber Orchestra on their tour of Hungary. Founder of the North London Orchestra, he has also conducted Southsea Chamber Music Society’s resident orchestra. In 2021, Enyi was awarded a Young Conducting Scholarship with Sing for Pleasure, conducting workshops and masterclasses in London, Cambridge, and Manchester.

Lewis Wilkinson is 26 years old and from the United Kingdom. He studied Brass Band conducting at the Royal Welsh College of Music and Drama and whilst studying was resident conductor of Filton Concert Brass, with which he won the Welsh Open, and music director of the Parc and Dare Band. Lewis gained a place in the semi-final of the 2020 European Conductor’s Competition in Palanga, Lithuania which unfortunately was cancelled due to the COVID-19 pandemic. He is a busy guest conductor with bands at all levels, such as Elland Silver, Easington Colliery, Llwydcoed, NASUWT Riverside and Solna (Sweden). Lewis is currently Director of Music for Fishburn Band.