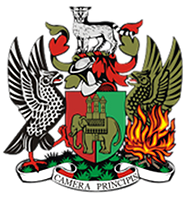 Published on November 3rd, 2021 by gavin

New MD at City Of Coventry

City of Coventry Brass is pleased to announce the appointment of David Nicholson as Musical Director. David has been immersed in brass banding all his life and is very proud of his Salvation Army musical heritage. This includes five years with the International Staff Band as a member of the Baritone and Euphonium section, and ten years as Bandmaster of the Birmingham Citadel Band.

David is no stranger to the Brass Band Contest scene. In addition to his frequent participation as both a player and conductor, David collaborated with World of Brass to pioneer the production of DVD recordings of many UK and European Contests. As Producer of these recordings over a number of years, David had the opportunity to work closely with some of the UK’s premier bands.

More recently David has been the Resident Conductor of the St. Austell Town Band and has worked with a number of bands in the beautiful County of Cornwall. Following a family move back to the ‘Heart of England’ at the beginning of 2021, David is now settling in to his new role with City of Coventry Brass. David lives in Worcestershire, with his wife Sue and their two Irish Doodles, Finn and Jack (Nicholson)!”