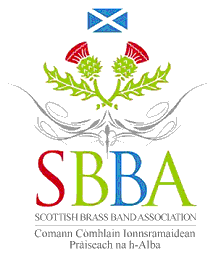 The Scottish Brass Band Association’s AGM and Learning Festival is to be held on Sunday 30 January 2022 starting at 10am and, like the last one, it is planned to be a virtual affair.

Secretary Tom Allan has sent out an invitation letter and pro-forma reply document to all member band secretaries, explaining that further information will be provided in January to allow delegates to access the event by Eventbrite.

Although up to four delegates per band may attend the AGM, only two will have voting powers.

Nominations are requested for the posts of vice president and secretary. All nominations – including those for the executive committee – should contain the details of the proposer and the seconder, and be received by the secretary at least 14 days before the AGM.

Any proposed alterations to the constitution must be with the secretary no later than Saturday 18 December 2021.