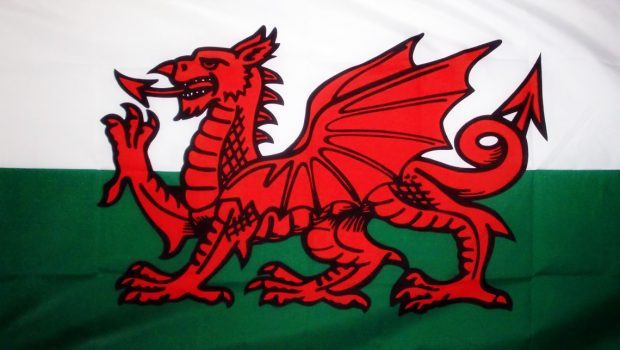 Second star on the right and straight on to Cheltenham…

*Qualify to the National Finals in cheltenham

It’s been a great morning of music making here in Swansea. Every band should be proud of themselves for getting here and showing their talents to everyone. It’s a great hall to play in and you can sense the enjoyment from all of the players – both young and old.

A winner here today is certainly Christopher Bond’s ‘Neverland’ – a cinematic marvel that has everything. We predict it will be a cherished piece for years to come and would love to see bands entertaining their audiences with it in their concerts.

So, to a prediction…

We’ve got a feeling that the very opening and central section ‘the Windows that Closed’ will really make the difference in this piece and intonation and phrasing will come in to play.

Good balance to open, if not a little fast. ‘Journey to Neverland’ ticks along happily, the horns are nicely in tune and play well together. There’s some fine detail and percussion keep everything neat and tidy.

The central section flows well with a beautiful cornet solo and emotional music making. There are the odd moments of unease in intonation, but it flows well into the final section. The percussion section is enhancing everything – great work.

‘Aboard the Pirate Ship’ isn’t blemish free, but the lilting 6/8 is well played. You can picture the crew hoisting the jolly roger and scrubbing the deck. The final section gets very loud and climactic, and the whole thing ends well.

Again, balance, togetherness and tuning are among the pitfalls at the opening, but this band burst into life at ‘Journey to Neverland’. The MD has an energetic style – which is exactly what is needed, Christopher Bond marks it ‘with energy’ after all.

A well phrased cornet solo begins ‘the Windows that Closed’ and there is emotional playing to follow. The euphonium player sounds a little nervous – no need, we’re all rooting for you in the hall!

‘Aboard the Pirate Ship’ swings along excellently – a party on the top deck with Paul Wilson MBE swaying his hips. He brings out some great details and inspires confidence in his band. Wow, that bass trombone – menacing. The last section might have had a few over-excited cymbal rolls, but it suits this swashbuckling reading.

Before the band begins, we have to commend them highly for coming today with more than a few players missing – everyone in the hall really appreciates it!

The opening has some issues of tuning and balance. It really is one fo the trickiest parts of the whole piece. The ‘Journey to Neverland’ flows well. Euphoniums make a lovely sound.

The slow section has a fine cornet solo and the music flows well – you can sense the band’s enjoyment when playing Christopher bond’s great music. There are issues of tuning that detract from a well directed section.

‘Aboard the Pirate Ship’ is at a sensible tempo that suits the musicians well. As it goes on it starts to feel a little tired, but the excellent drumming keeps things moving into the closing section.

The opening is certainly magical and the MD keeps it all together. ‘Journey to Neverland’ ticks along well, with good details being brought to the fore. It’s the first time today that Big Ben’s chimes have been heard with such aplomb. Just some intonation issues in the melody lines that detract from a fine account. Some good sop contributions here.

‘the Windows that Closed’ is the slowest so far today, which creates a stillness and reflectiveness to the score. Principal cornet does well and the band play with a real roundness and balance – lovely to listen to. The section ends well with those Big Ben chimes returning with the same clarity.

‘Aboard the Pirate Ship’ is certainly the most villainous of the day. No comedic Smee, but lots of cackling Captain Hook.  Sometimes the balance just gets a little out of control with a heavy bottom end sometimes overpowering. A great finale, to a really well directed performance.

Despite the MD beating the quavers, the band aren’t completely together at the opening, but a well managed accelerando leads to a cinematic ‘Journey to Neverland’. The woodblock contribution is great – it would send shivers down any pirate’s spine.

A lovely sounding cornet solo in ‘the Windows that Closed’ leads to a really well directed and shaped section. The climax has emotion to it,  and the following silence is palpable. There are some brilliant contributions from the BBb basses!

‘Aboard the Pirate Ship’ doesn’t dance as much as some others today, but there are some great details- including a threatening muted zing from the back row. The dynamics are well handled and really for the first time today we get the tender approaches needed for the broader music towards the close.

A confident opening could have had a little more attention to togetherness and tuning. ‘Journey to Neverland’ opens with a little aggression but settles well with a balanced cornet section contribution well to the storytelling. Sometimes the pulse wavers,  but it doesn’t detract from some good sounds.

‘The Windows that Closed’ starts with a beautiful solo from the 2nd man down – whose red hair and confidence are reminiscent of Peter Pan himself. You can really feel the. band enjoying the music in. this section – with lovely effects in the percussion and notably contributions from soprano cornet.

‘Aboard the Pirate Ship’ really paints the picture. You can imagine Captain Hook passing the rum around the crew. The experienced MD has really brought out some details that haven’t been heard yet. The slower music that closes could just do with a more tender approach. Overall, a good show.

A great opening and a well managed accelerando gets the ‘Journey to Neverland’ going. The young band are telling the story here and are using a wide range of dynamics to enhance their account. There are lots of young players in the band who certainly don’t sound like lost boys – they play with confidence that belies their age.

‘The Windows that Closed’ opens with lyricism from the principal cornet player. There are some gorgeous solo contributions from the euphonium. The climax of the section could do with a rounder sound, but otherwise the MD is showing really sensitive direction.

‘Aboard the Pirate Ship’ begins with a euphonium taking on the role of Captain Hook –  so suave, so in control. The odd bit of unease in the middle of the band doesn’t spoil a great picture and trombones play with a great balanced sound. A dramatic finale finishes it off with excitement.

A magical start, that is not without its tuning issues, leads to a light and bouncy ‘Journey to Neverland’ with lovely contributions from hi-hat and glockenspiel. The horn section really sing their lines with a lovely sense of phrasing. The band are getting more and more confidant as it goes on.

‘The Windows that Closed’ section opens with a young cornet soloist who does a fine job, before a climax that could have opened up a little more. There are issues of intonation that spoil a really beautiful approach.

The closing section ‘Aboard the Pirate Ship’ is well managed by the MD, it never rushes and has a bouncing lilt. You can picture Smee dancing around the top deck.

Overall that was a great start to the day, but tuning issues did blur an otherwise well directed performance. Its fantastic to see a band coming to the contest and playing well without a full crew.

Good morning from a windy Swansea, where here in the Great Hall of Swansea University, 8 bands are ready to fly in the 4th section. They’ll need to trust in their pixie dust if they are to get that all important invitation to the National Finals, playing Christopher Bond’s superb new piece ‘Neverland’.

The draw will be announced very soon, before the 10:00 am start.